Super Skyrim Bros.: Sorry Mario, but Our Princess is in Winterhold 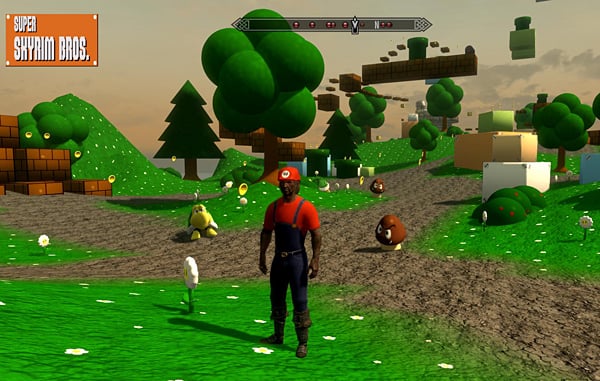 The mod was made by Skyrim Nexus member clintmich. When installed, the mod places a house near Winterhold. When your character sleeps at the house, he or she will begin dreaming and enter the Mushroom Kingdom. There you’ll find Goombas, Koopa Troopas, Bowser and the Princess, which of course needs saving. While you can’t just jump on the baddies to defeat them, you’ll find Mario-themed weapons in the dreamworld. You can also pick up coins and exchange them for prizes.

Take a warp pipe to Skyrim Nexus to download the mod.