I’ve seen USB flash drives crammed into all sorts of things over the years, but there’s something just so wrong it’s right about these flash drives stuck inside of pink rubber erasers. 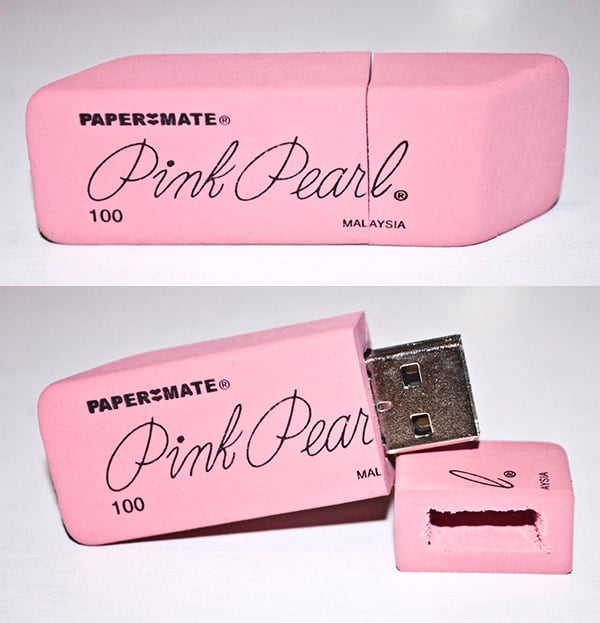 They’re made by Etsy seller JustJest, and neatly mounted inside of those iconic Pink Pearl erasers we all used in school at some point or another. As I mentioned in the headline, my only concern would be that actually rubbing the eraser on paper would eventually wear it down to the circuitry inside and start messing with your actual data. Of course, you probably wouldn’t ever use it as an eraser. And it’s not likely that you’ll get too much use out of it as a storage device either, since it only comes in 2GB, 4GB and 8GB versions.

Still, it’s a cool design, and I’d own one just to see what people said when I pulled it out to use it. The 2GB version is selling for $20(USD) right now, while you’ll need to contact JustJest for other memory sizes.