Some people like building machines that make doing some mundane task easier. Others, like Dan Grayber, do so in order for the machines to fulfill their own mechanical needs – whatever they may be.

Dan is an artist based in San Francisco and he builds complex machines that work best without humans. That’s probably because they were built with us humans taken out of the equation. Things might seem a bit harder to imagine at first, but once you see his creations, you’ll have to agree that they are pretty cool.

Objects are invented in order to satisfy particular needs, specifically, human needs. With my sculpture I investigate the concept of need when the human is removed from this equation. I do this by replacing the human with the object itself. My sculptures are invented only to sustain themselves, functioning as self-resolving problems.

Okay, I stand corrected. They aren’t pretty cool. They’re crazy awesome. The gallery below features more of Dan’s elaborate machine sculptures in all their standalone glory: 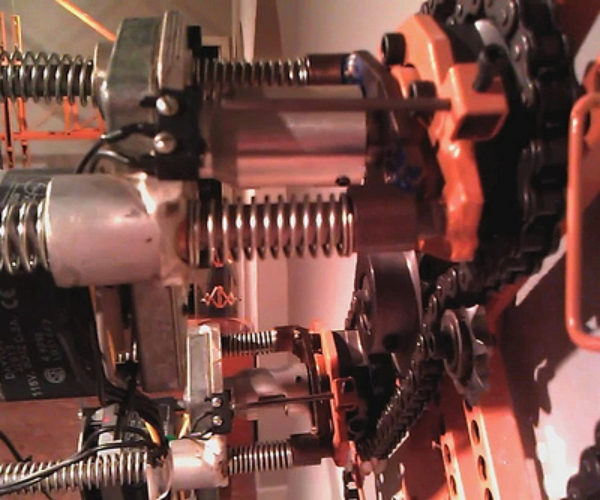