There a lot of touch typists out there who love mechanical keyboards with all their clickety-clacking and loads of tactile feedback. Though people who sit around mechanical keyboards in an office often don’t care so much for the noise they produce. Logitech has unveiled a new mechanical gaming keyboard called the G710+ that offers mechanical keys with less noise – not that you should be playing games at work now, should you? 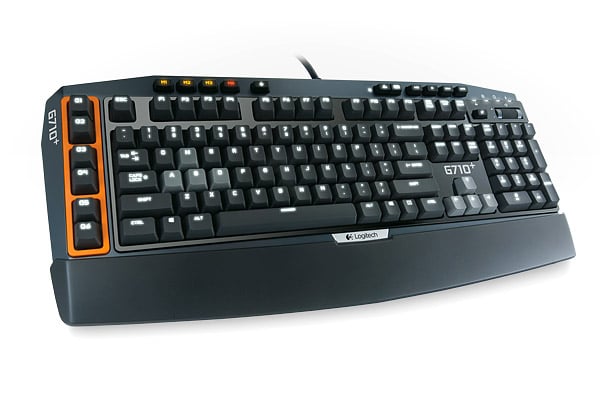 The keyboard uses premium mechanical switches that offer definitive, tactile key presses while eliminating much of the noise associated with mechanical keys. To dampen the noise output even further, Logitech equips the keys with dampening rings. Every key features anti-ghosting technology and the keyboard supports up to 26 key presses at one time. Each key is rated at a lifespan of 50 million presses.

The keyboard also has adjustable dual-zone backlighting. This feature allows users to adjust the lighting behind the WASD and arrow keys independently of the backlighting behind other keys – making it perfect for playing FPSes in darkened rooms. The G710+ also features six programmable G-keys and for media controls. The Logitech G710+ keyboard will ship soon for $149.99(USD).