TARDIS Chicken Coop Has Jumbo Eggs on the Inside

Now I have to admit that I’ve not watched every episode of Doctor Who ever, but I just don’t seem to recall seeing an episode where the Doctor has a farm and raised chickens. Maybe I just missed that one. If the good Doctor had ever been a farmer, this is what his chicken coop would look like. 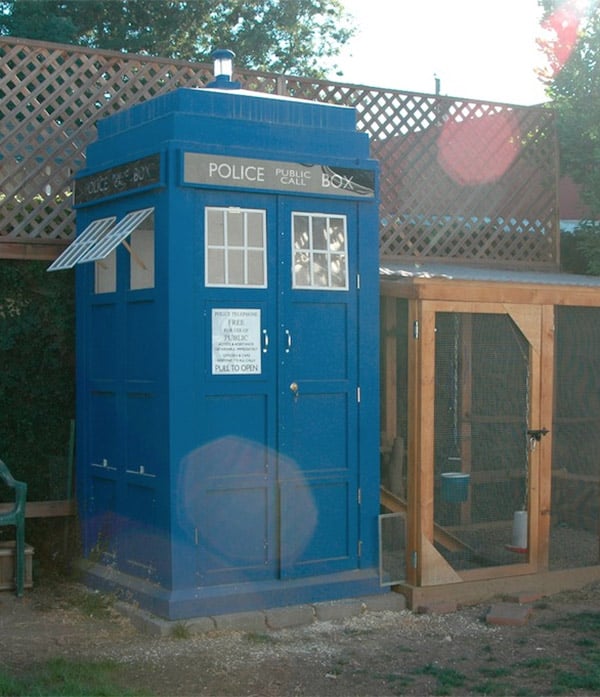 This TARDIS chicken coop was built by DaveNinja, and looks just like the Doctor’s time-and-spaceship, except for the part where it’s got chicken wire in the windows, and wood shavings to absorb chicken poop on the floor. Other than that, it’s just like it. 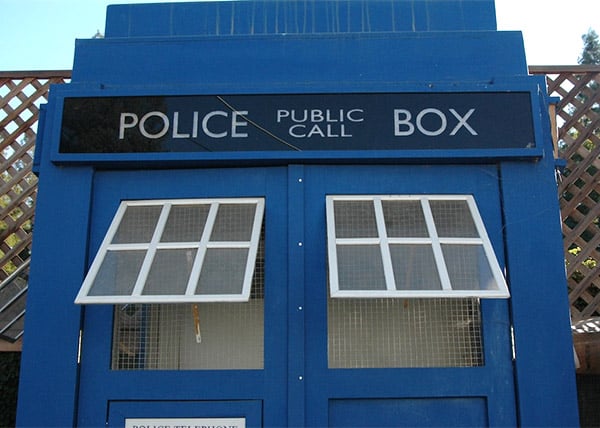 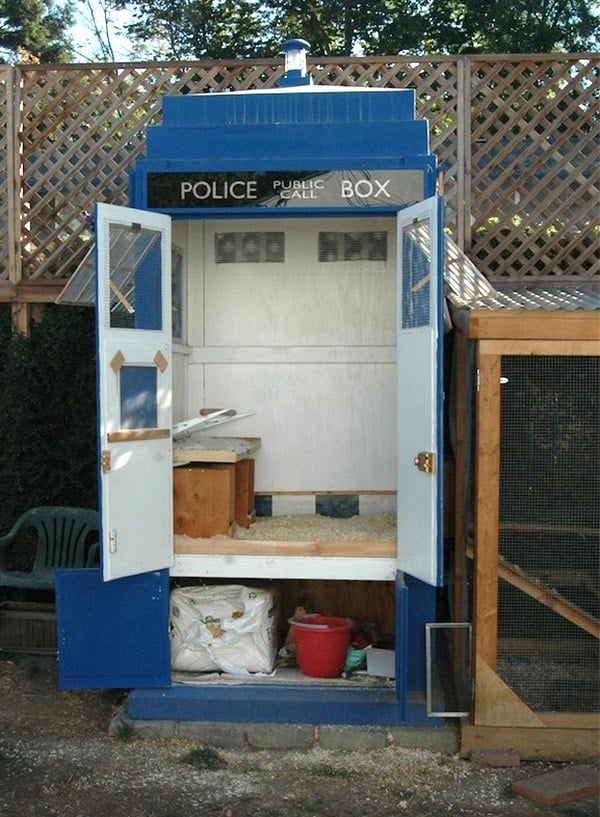 I wonder if the hens inside have traveled around the universe and throughout time while laying their eggs. The renaissance ordered a ham and cheese omelet? Coming right up. Adam and Eve on a raft for Genghis Khan? Sure, no problem! 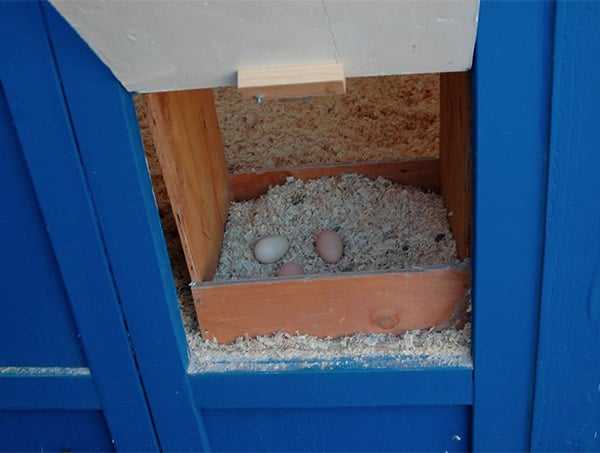 Check out more pics of the TARDIS chicken coop over on TardisBuilders.