Hammacher Schlemmer is a high priced purveyor of all sorts of oddities and cool gadgets. One of my all-time favorite weird items from the company is the 20-foot long animatronic triceratops. The company has unveiled a new product this week that is a bit more useful than a giant dinosaur toy. The new product is called the Wireless Smartphone Photo Printer. 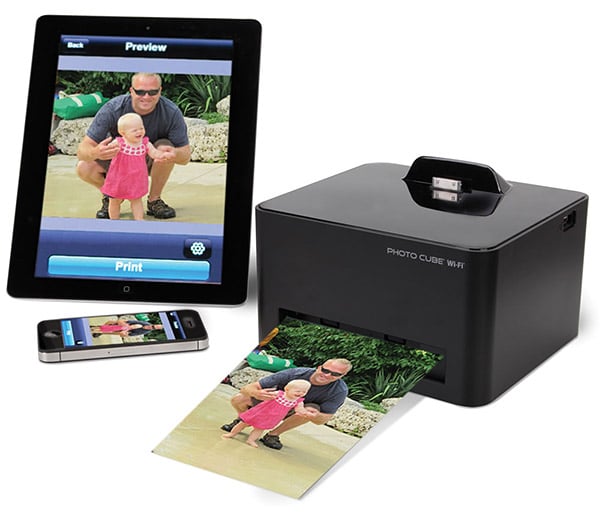 This handy printer connects to iOS or Android smartphones using a free app. The app allows users to send photos wirelessly across a home or office Wi-Fi network directly to the printer. The printer also has the old-style Apple docking connector on top, presumably to allow you to print directly.

The printer doesn’t use ink cartridges, instead using a special patented photo paper that has yellow, magenta, and cyan dye crystals embedded. The printer can produce 4 x 6 borderless photos at a resolution of 300 dpi with up to 256 gradations and 16.7 million colors. The printer sells for $219.95(USD) with replacement cartridges selling for $24.95. The only real downside is that each cartridge is only good for 12 prints, making each print cost more than $2.