It takes years for a person to learn how to write Japanese or Chinese characters. There’s good news though. Robots can do it a lot quicker. A research group has developed a ‘bot that can identify and mimic detailed brush strokes that are required to write these kinds of characters. 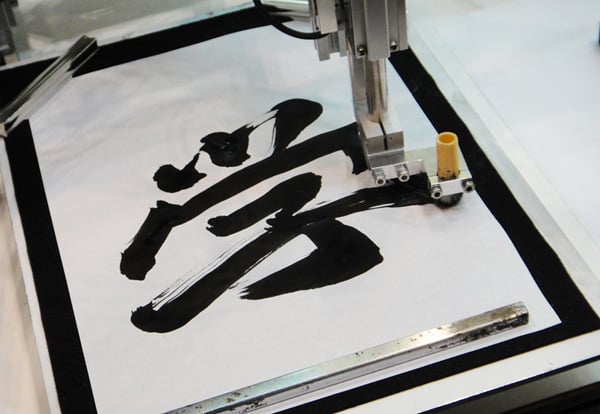 The Motion Copy System was developed at Keio University by Seiichiro Katsura. It stores the gestures associated with traditional Japanese calligraphy, and copies them. All that one needs to do to train the system is to guide the robot’s arm with their hand, and it can precisely replicate their recorded brush strokes. Unlike traditional system, the robot can record and reproduce the force applied to the brush similarly to when people touch something.

The calligraphy replication ‘bot was presented at the 2012 Combined Exhibition of Advanced Technologies in Tokyo, Japan. 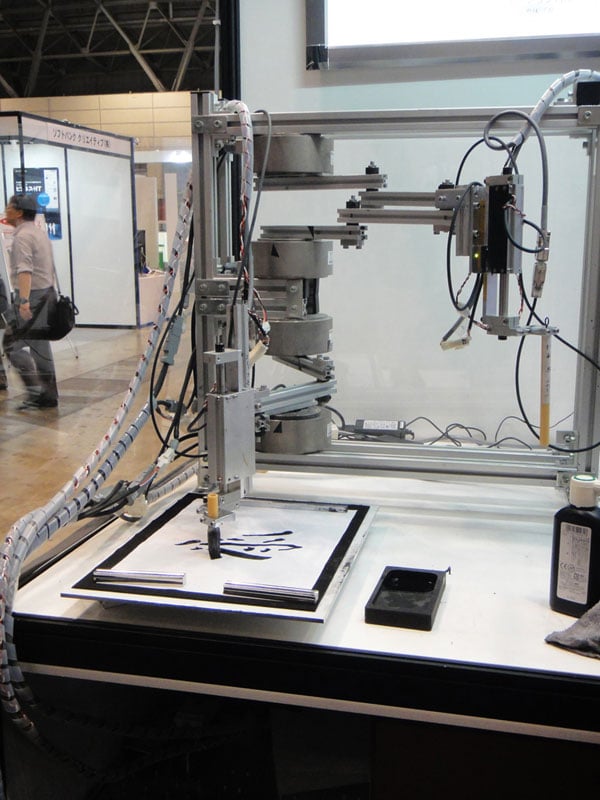