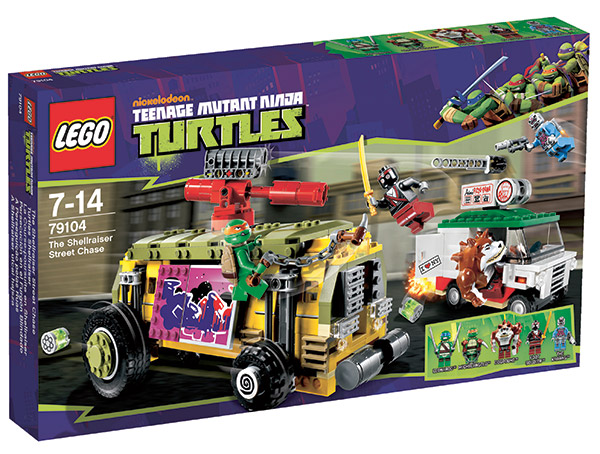 The sets will bring Michelangelo, Donatello, Raphael and Leonardo to life as LEGO minifigs, complete with little weapons. 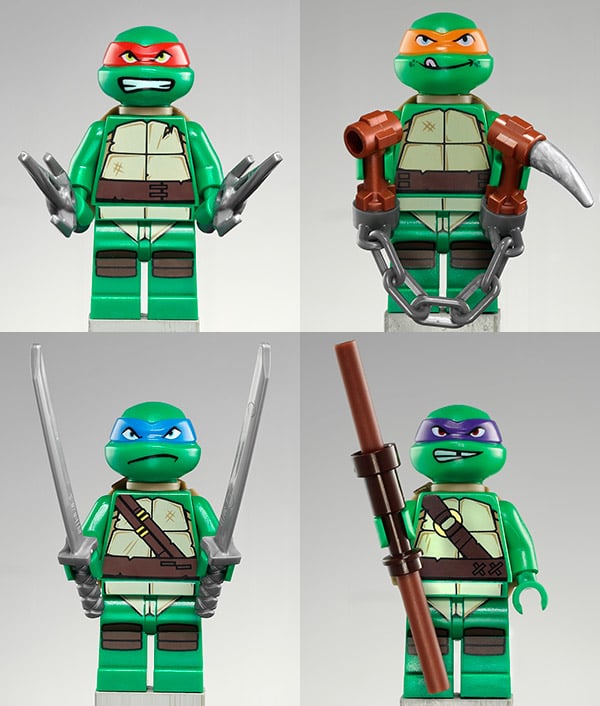 The LEGO Teenage Mutant Ninja Turtles sets will include a series of vehicles and scenes building sets. The first set being shown off is #79104 – The Shellraiser Street Chase – complete with pizza delivery truck 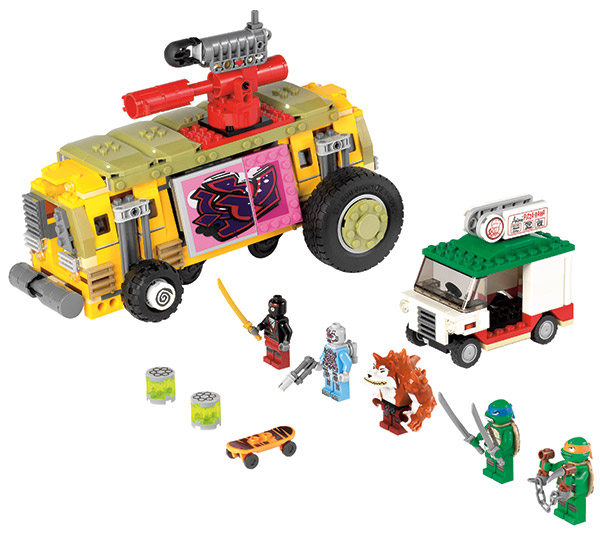 The sets are currently being shown off at the New York Comic-Con through October 14th, and will arrive in stores in North America and the U.K. in January 2013.