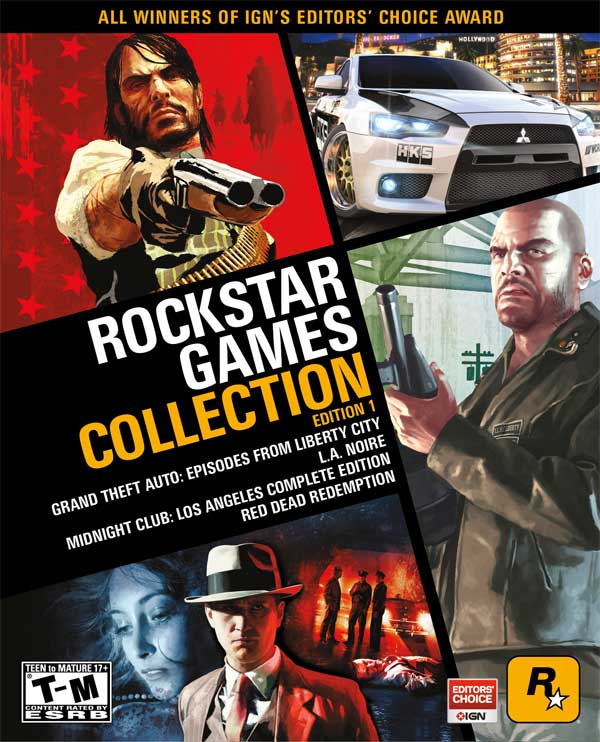 The compilation puts four full versions of popular Rockstar video games in one box and will be available in North America on November 6. The game collection will be offered for PS3 and Xbox 360 systems at a retail price of $59.99(USD).

The titles included in the game pack are Red Dead Redemption, GTA: Episodes from Liberty City, L.A. Noire, and Midnight Club: Los Angeles Complete Edition. That last game is a driving game, and includes every downloadable real-world vehicle and city section released since the game debuted. This pack should make a great gift for gamers this holiday season, and is a great deal, considering that each of the games originally sold for $59.99.