Back during CES 2012, I had a chance to go hands-on with Vizio’s sexy new all-in-one PCs, and I was quite impressed with the industrial design, build quality and overall value at the time. With the impending release of Microsoft Windows 8, Vizio has announced two new AIO PCs with full 1080p touchscreen displays. 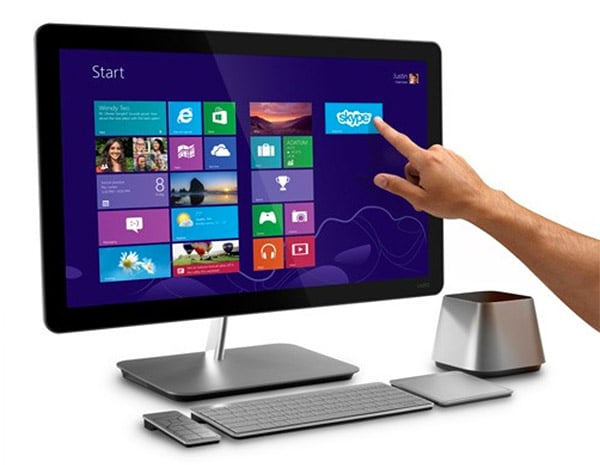 This only makes sense, given Microsoft’s touch-friendly user interface that’s the front doorway to Windows 8. What’s really cool is that these are actual capacitive-touch displays, allowing for full 10-finger input. I personally have an HP Touchsmart that used the older infrared sensing tech, and multitouch was limited to just 2 fingers – and not so good at that. This sort of display will provide the type of swiping, stretching and pinching interactions you’re used to on tablets and smartphones. 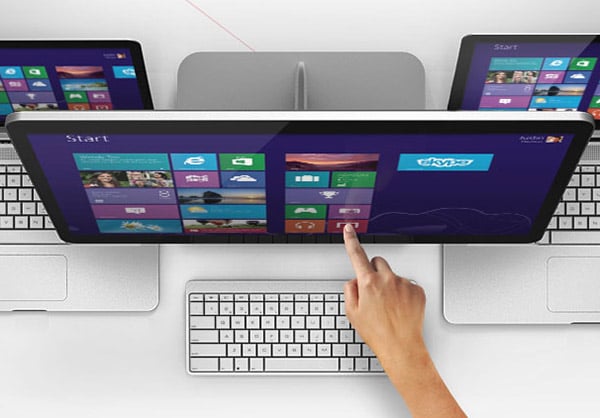 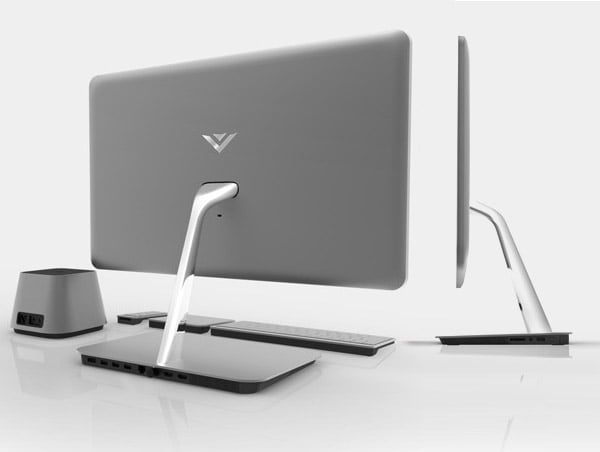 Each has dual HDMI inputs for connecting external devices like a PS3, Xbox 360 or a satellite receiver, and a 2.1 sound system with an included 6-watt subwoofer that doubles as the system’s power supply. Best of all, Vizio continues to ship their machines with Microsoft Signature – which ensures that you only get the core operating system and anti-virus software – with no pre-installed crapware you’d just have to remove anyway.

The Vizio All-in-One Touch PCs start at $999 and top out at $1539 (USD), and available in both 24″ and 27″ screen sizes. If you’re looking for an alternative to a pricey iMac, you should definitely check these out. They’re not yet available for pre-order, but should be in time for the 2012 holiday season. You’ll also be able to find select configurations at major retailers including Walmart, Sam’s Club, Amazon.com and MicrosoftStore.com.