Scientists have discovered a planet orbiting a sun-like star called 55 Cancri. The planet is known as 55 Cancri e and is a so-called “super-Earth”. 55 Cancri e is 40 light years from the Earth and its light is visible to the naked eye. The coolest thing about 55 Cancri e is that it is completely different in chemical composition from Earth. Rather than being mostly covered in water and granite, 55 Cancri e is believed to be covered with mostly graphite and diamonds. A research team led by Yale University scientists discovered the rocky planet, which is roughly twice the Earth’s size, with an estimated mass eight-times that of our planet. 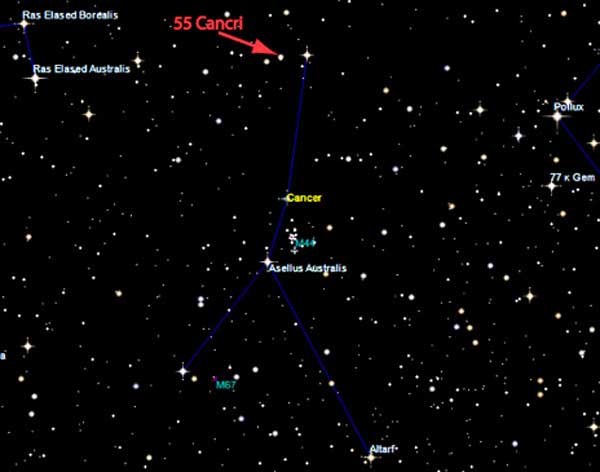 The newly-discovered planet orbits its parent star at an incredibly high speed with each year lasting only 18 hours. The planet is also incredibly hot with the surface temperature estimated to be 3900°F. The scientists believe that at least a third of the planet’s mass could be diamonds.