Microsoft today announced the official details on availability and pricing for their hotly-anticipated Surface tablet. The first model available is the Surface RT, which runs Windows RT, and will initially ship in three configurations. 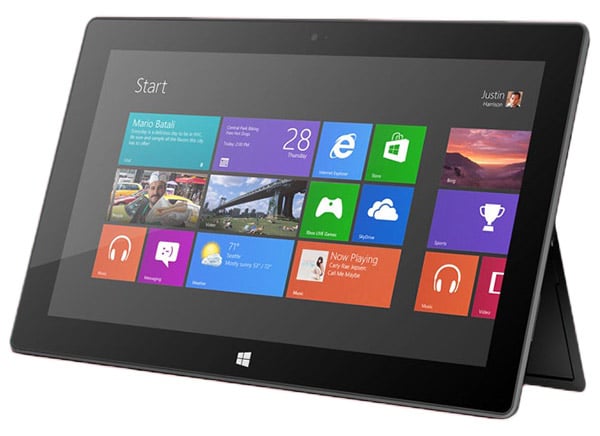 The 1.5 pound Surface RT tablet comes with a large 10.6″ ClearType HD screen at a 1366×768 resolution, offering 5-point multitouch input. Under the hood is a speedy NVIDIA T30 CPU, with 2GB of RAM. Connectivity is provided via 802.11a/b/g/n Wi-Fi (with dual MIMO antennas) and Bluetooth 4.0. It’s got a pair of 720p cameras (front and rear-facing), as well as dual microphones, and stereo speakers. Ports include USB 2.0. a microSDXC card reader, a headphone jack and an HD video output port. Hardware also includes the requisite ambient light sensor, accelerometer, gyroscope and compass. 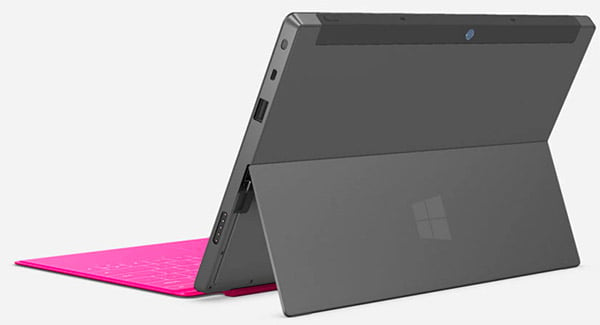 All that’s all loaded into a sexy and durable VaporMG case in dark titanium color, and a built-in kickstand. The OS that comes installed is Windows RT, and it comes pre-loaded with plenty of useful apps, including Mail, Messaging, Word, Power Point, Excel, OneNote, Internet Explorer 10, and apps for media playback, including Xbox Music, Xbox Video, and Xbox Games. Keep in mind that the Office 2013 apps are still a Preview edition, but you’ll be able to download the final Office Home & Student edition down the road. Also, you should know that the big limitation to Windows RT is that you can ONLY install apps downloaded from the Windows Store. If you want to run all your existing Windows desktop apps, you’ll want to wait for the more powerful and expensive (and heavier) Windows 8 Pro Surface, due out “soon”. 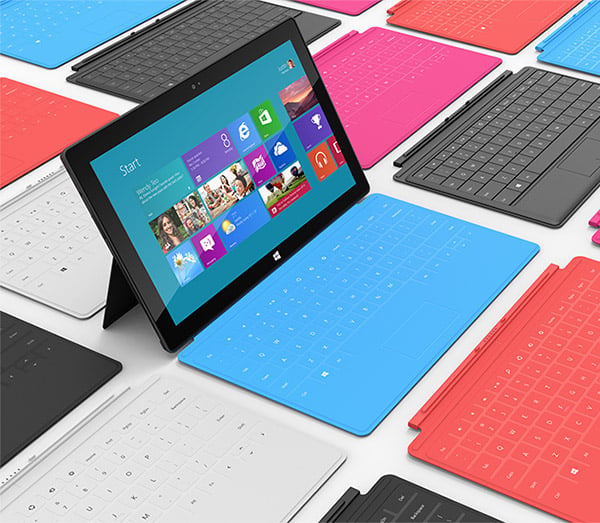 The Surface with Windows RT is available in limited quantities for pre-order starting today over at the Microsoft Store, and is priced at $499(USD) for the 32GB version, $599 for a 32GB version with a black Touch Cover keyboard, and $599 for the 64GB version, also with a black Touch Cover. Optional Touch Covers are available in black, white, magenta, cyan or red for $119.99, as well as a $129.99 black version with moving keys for a more tactile feel.

The first Surface RT tablets are expected to start arriving in homes as early as October 26th, and will be available at all U.S. and Canada Microsoft Stores starting on that date as well. Online sales will be available at the same time in Australia, Canada, China, France, Germany, Hong Kong, and the United Kingdom.