3D and cards. Now those are two things you normally wouldn’t associate with each other, much less use in the same sentence. But that’s what Rocca managed to do with their card game which recently won at the 2012 Good Design Awards. 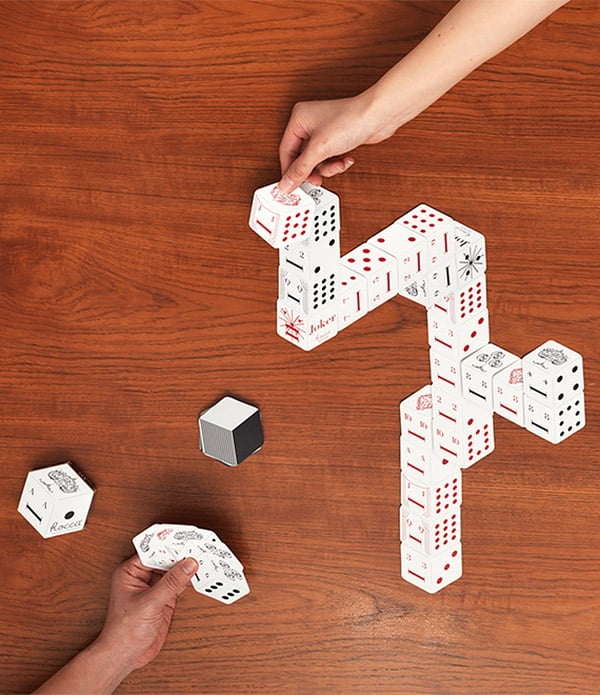 These tiny hexagonal decks were created by a game designer and a graphic designer after they met board game designer Alex Randolph. The name ‘Rocca’ came from the Japanese word rokkaku, which translates to ‘hexagon’ in Japanese. 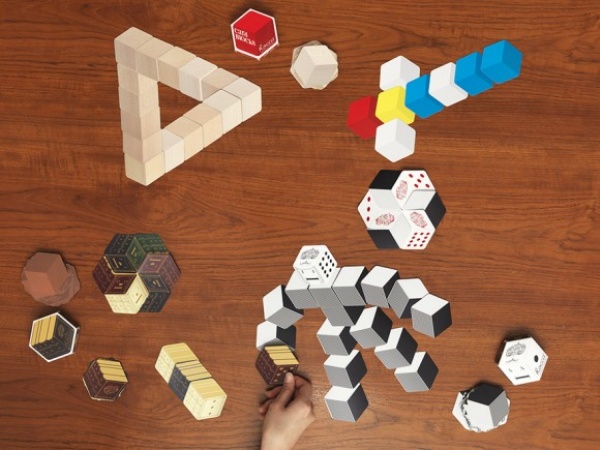 You can play typical card games like poker and gin rummy with these cards or play a couple of rounds of the new card game that the Rocca designers came up with. Full instructions come with each deck, so no need to worry about getting lost while at play. They’re also great for making paper robots, as shown above. 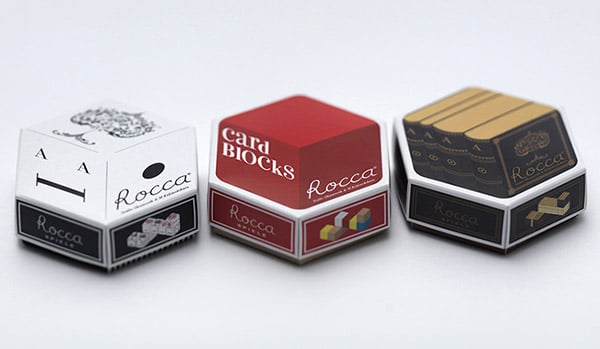 The Rocca 3D card decks are available from ahalife for $28 (USD).