I’m pretty sure the battle of Endor would have turned out differently if the AT-STs had been piloted by cats instead of Imperial troopers. Cats don’t fall for all of those old jungle traps. Plus they would just jump out of the vehicles and claw Wicket and his Ewok friends to pieces. 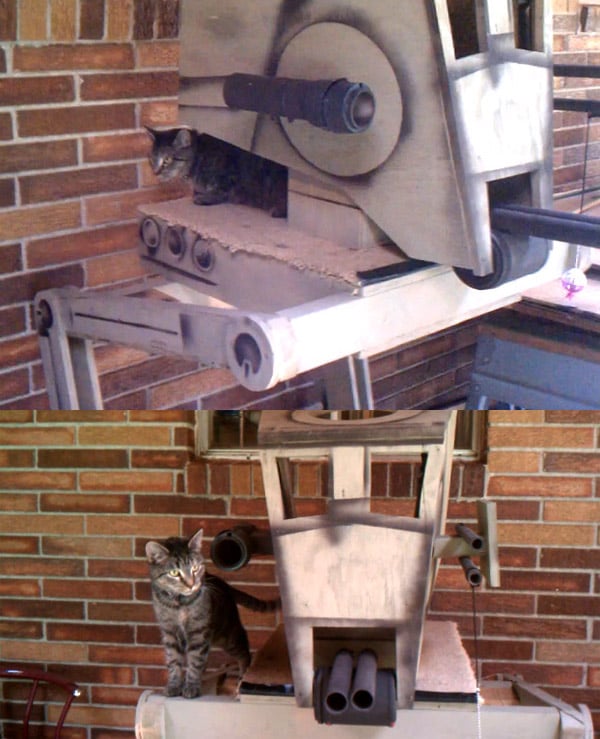 This AT-ST is a cat house. Not that kind of cat house. A cat play house. For a cat named Buffy. Her owner built her a new Star Wars AT-ST playhouse from left over materials from some home renovations. That’s one lucky cat.

Cat AT-STs would have kicked butt on Endor and they could have been controlled from space, where the second Death Star would shine lasers down on targets and watch these kittytroopers pounce on their targets.