007 Legends Video Game Now Shipping: No, I Expect You to Play, Mr. Bond.

I am a huge fan of James Bond. I grew up watching all the movies and always thought of Roger Moore as Bond more than Sean Connery. I have to admit though, out of all of the actors to play James Bond over the years, Daniel Craig is hands-down the best in my opinion. I love the more rugged and sophisticated killer in the new Bond films. 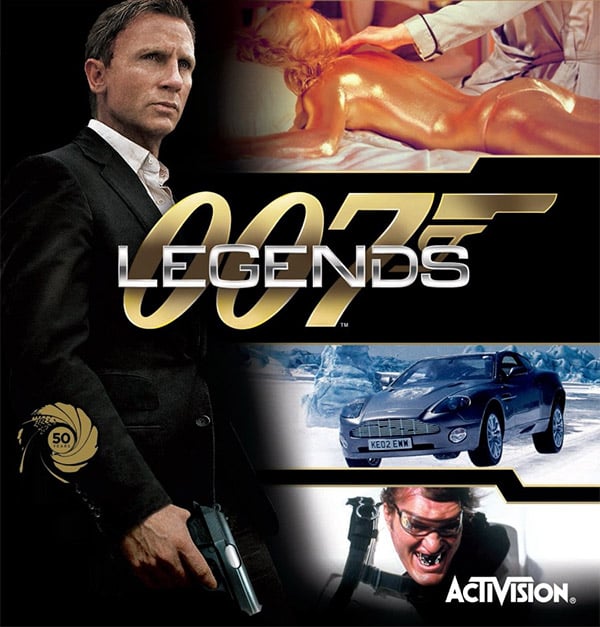 Activision has announced the launch of a new video game called 007 Legends that has a story inspired by five classic (and not-so-classic) Bond films. The films include Goldfinger, On Her Majesty’s Secret Service, Moonraker, License to Kill, and Die Another Day. The best part about having missions based on these classic films for me is that Jaws is on the cover of the game and will undoubtedly be featured as a villain in the Moonraker mission.

Activision says that there are multiple levels in each mission and a sixth mission will be made available as download content to coincide with the release on November 9 of Skyfall. The game is available right now for the Xbox 360 and the PS3, and is currently on sale for $10 off at Amazon. A Windows PC version of the game will be offered on November 2, and it’s coming to the Wii U on December 4.