ContourROAM2: An HD Action Cam on the Cheap

Being an avid road racer, I own several cameras that are designed to use suction cup mounts and stick to a car when you’re racing on the track. One thing about those cameras is that they are generally $300 and up to get a decent HD resolution camera. Contour has announced a new camera called the ContourROAM2 that is a basic action camera costing under $200. 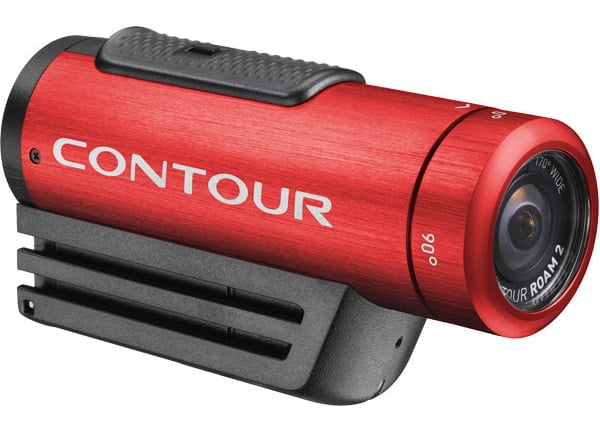 The lightweight (5.1 oz.), waterproof camera is available for pre-order in black, blue, red, and green for $199.99(USD). The main differences between the ROAM2 and its more expensive ($399.99) sibling, the Contour+2 is the lack of Bluetooth, GPS and HDMI outputs. It offers the ability to record full HD 1080p resolution video at 30 frames-per-second or 720p resolution video at 60 fps for slow-motion playback. It can also snap 5MP still photos at pre-determined intervals, ranging from 1 to 60 seconds. It’s also got a handy laser level built in for ensuring straight shots.

The ContouROAM2 is designed to be very easy to use with no power button and a sliding instant-on record switch. I can tell you from experience that trying to find the power button and hit record on an action camera can be a pain when you’re wearing gloves and cinched into a racing harness.

The camera ships with a 4 GB microSD card included, as well as a rotating and a flat-surface mount. The only downside is that this camera doesn’t include a suction cup mount for use in vehicles. The suction cup mount accessory is available for an additional $39.99.