Over the years, I’ve seen more than a few remote-controlled toys that use the iPhone or other smartphones as their controller. Several of these little devices have come from a company called DeskPets. DeskPets is back with another cheap remote controlled toy that uses Android or iOS devices as the controller. 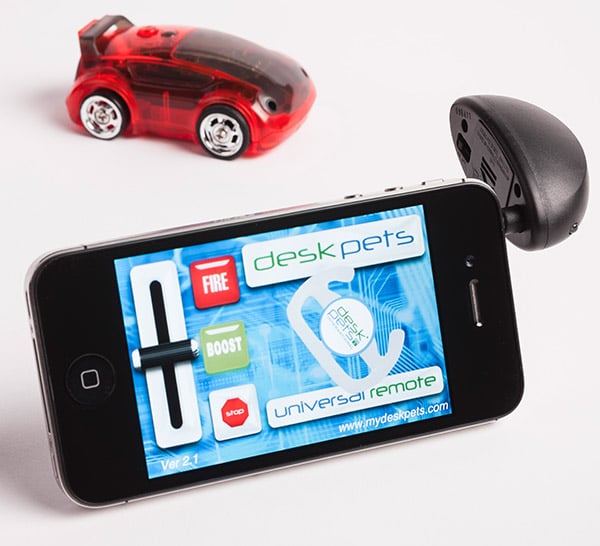 The new toy is called the CarBot and it is available in four different colors including red, blue, green, and yellow. Each of the different colors operates on its own infrared code allowing up to four of the cars to be used at one time. The car features a battle mode that lets players challenge each other and even fire virtual rockets at each other to take down their opponents. 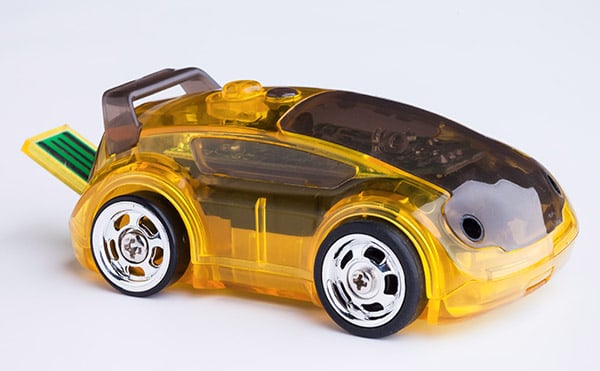 The CarBot also has a maze mode that allows players to set up a maze for the toy to navigate precisely. It also has a personality mode with sounds and lights as well as a mute button for noiseless play.

The little CarBot is able to race at up to 2 feet-per-second, and recharges using an integrated USB connector. It takes 40 minutes of charging for about 15 minutes of play. The CarBot can be purchased now at Brookstone, Best Buy, and Toys “R” Us stores for $29.99 (USD).