The first time we talked about the 8-bitty controller for your mobile gaming device was back in February. Yeah, we never thought it would ship either. If you’ve been waiting for that little old school Nintendo-style controller to finally ship, today is the day. As of right now you can hop over to ThinkGeek and pick one up for yourself for about 30 bucks. 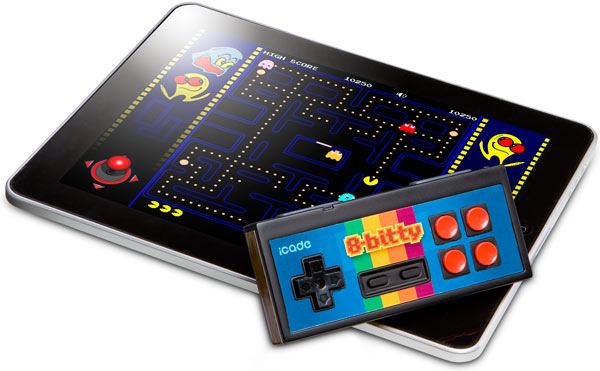 The 8-bitty is a small handheld controller powered by a pair of AAA batteries. It uses Bluetooth to connect to a number of different portable devices on the market today including iOS as well as Android tablets and smartphones. The controller has eight buttons total including four buttons on the face, a select button, start button, and a pair shoulder buttons.

It also has a D-pad for controlling movement. The controller was developed using an open platform with no licensing fees or permissions needed to create apps that support it. ThinkGeek says that it is fully compatible with the Atari Greatest Hits iPad app, and any of the over 150 other games with iCADE support.