Griffin makes all sorts of accessories for Apple products like the iPhone and the iPad. The company has unveiled a couple of new toys that use iOS devices as controllers. The toys in question include a monster truck and little racing dune buggy called the Moto TC Monster and the Moto TC Racer.

The Monster is available right now and sells for $59.99(USD). It uses Bluetooth connectivity from the smartphone to send signals to the vehicle for control. The vehicle can be controlled using fingers on a virtual steering wheel or by tilting the device using its motion sensors. The controller app also features a slide controller where you can slide your finger back and forth to direct the truck. 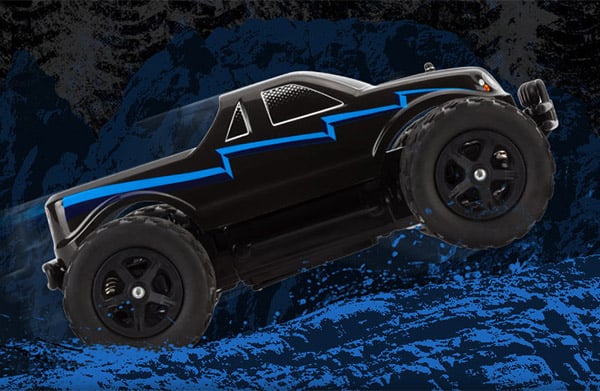 Drivers can also set up a preset route to have the truck automatically run a specific route with no interaction. The Racer is a smaller buggy style car that will launch in the middle of November for $29.99. It will use an integrated RF sensor and an accessory that plugs into the headphone port of your device. Its app will support control using virtual steering wheel or motion. Both devices require iOS 5.0 or higher to operate.