There are a lot of things to be sad about these days. Inflation. War. Poverty. A beaten-down spirit is no good in these trying times. Brendan Dawes knows this, which is probably why he came up with this awesome project called ‘The Happiness Machine.” 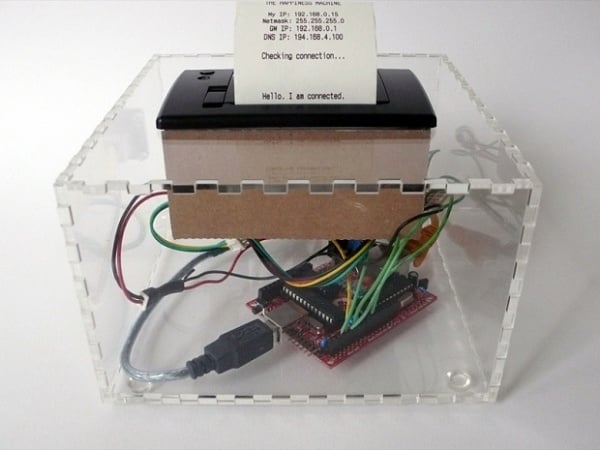 It’s basically an Internet-connected printer that scans the world wide web for snippets of positivity from We Feel Fine. It’s been programmed to only print stuff that contain the word ‘happy’, hence, its name. 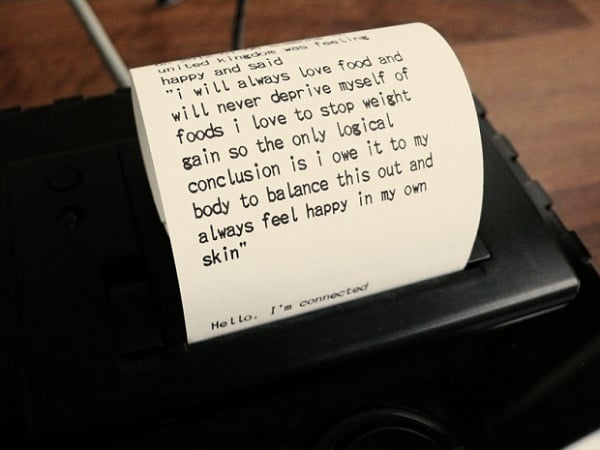 However, it can also be programmed to print other stuff like train schedules or the daily news. Pretty nifty, right? 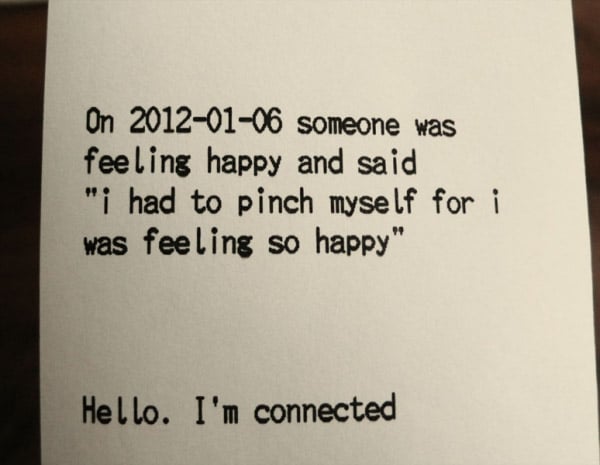 Brendan showed off an updated version of The Happiness Machine at the London Design Festival 2012. Instead of just printing happy stuff, people could also choose to print sad feelings by selecting their preferences on the printer’s capacitive touch buttons.

[via The Creators Project via BitRebels]