Outdoor cinemas were all the rage in the past, and it looks like they’re making a grand comeback. I’m not talking about drive-in theaters though. Rather, I’m talking about the Hot Tub Cinema.

Yeah, the pictures don’t lie. The Hot Tub Cinema is a traveling screening event that’s currently making the rounds in East London, and it looks like it’s been a huge hit so far. I mean, who doesn’t want to watch a movie while taking a bath with hundreds of other strangers, right?

This particular one was held on the rooftop of Netil360, where classics like Top Gun and Anchorman were screened against London’s grand skyline.

Hot Tub Cinema began privately about seven years ago. Since then it has grown in increments, reaching the stage of a handful of hot tubs in a garden in Stoke Newington about 18 months ago at which point we realised it was time to find some new & exciting venues for our expanding endeavors. 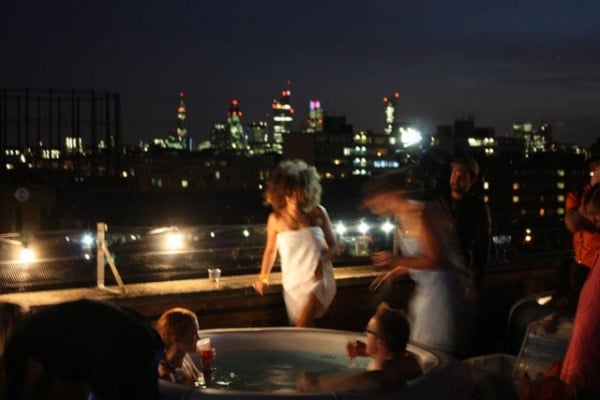 The Hot Tub Cinema has a couple of events scheduled for the Halloween season, which you can check out here. They’re all going to be held in London though, so if you happen to be there, drop by for a truly one-of-a-kind movie-watching experience.