Robot Walks a Tightrope: Robot Circus is One Step Closer

Well, there goes my plan of hiding on a rock cliff from robots who can’t get me because they don’t know how to walk a tightrope. It appears they can now walk tightropes with the greatest of ease. Then again, I’ll just bring some scissors with me. That’ll teach ’em. 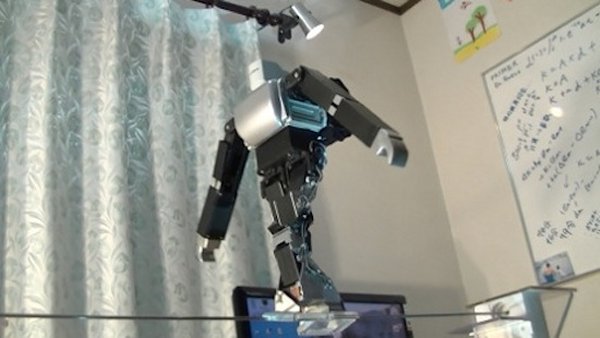 Check out this video of a humanoid robot walking a tightrope with no problems at all, complete with techno music to accompany the feat. It takes its time doing it, but still it’s doing it way better than most humans. The robot spreads its arms to help maintain balance and slides its feet one at a time.

So I have my supplies ready, including scissors and I have a nice high spot picked out to survive the robot apocalypse. Even if they deploy a high wire, I can cut it with cable cutters. I will probably starve up there after my supplies run out, but they can kiss my cold dead corpse.

[via Hackaday via Geekosystem]