You might know CHARLI-2 as Virginia Tech’s five-foot tall humanoid robot who is designed to be a firefighting robot. What you probably didn’t know is that this bot can also dance to Gangnam Style. 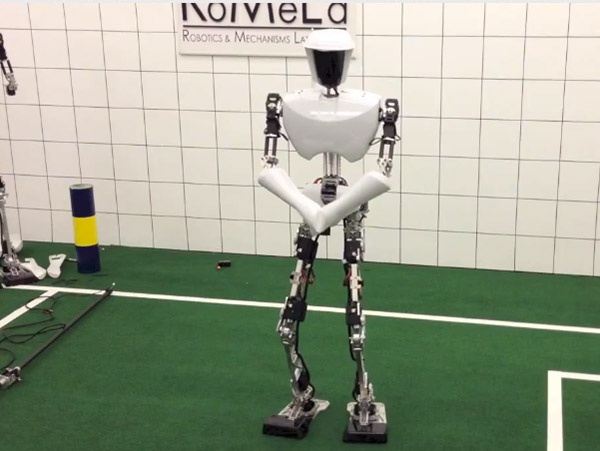 He’s so good at it because he was designed for ships are filled with “knee-knocker” passageways, ladders and steps. Basically, this guy can get around and get out of your way. So now CHARLI-2 can add dancing to K-Pop to his list of accomplishments, which include being a repeat champion at the RoboCup robotics awards for two years running for instance.

Forget defending our watery borders or fighting pirates. It seems that the Navy is more interested in making robots dance. That’s fine with me. If they are getting their groove on, they aren’t killing anyone.

[via Geekosystem via Botropolis]