Kia Motors, DC Entertainment, and RIDES Magazine unveiled their first of 8 Justice League-inspired Kias at the recent 2012 New York Comic Con. The launch was part of DC’s “We Can Be Heroes” campaign, which helps fight famine in Africa. 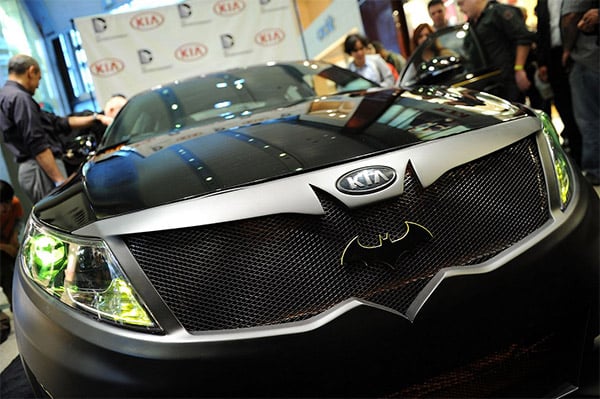 This Batman-inspired Optima was on display at New York’s Time Warner Center and is the beginning of a 10-month partnership based on the characters that make up the Justice League. They hope to raise awareness of the charity campaign, which Batman would certainly approve of. 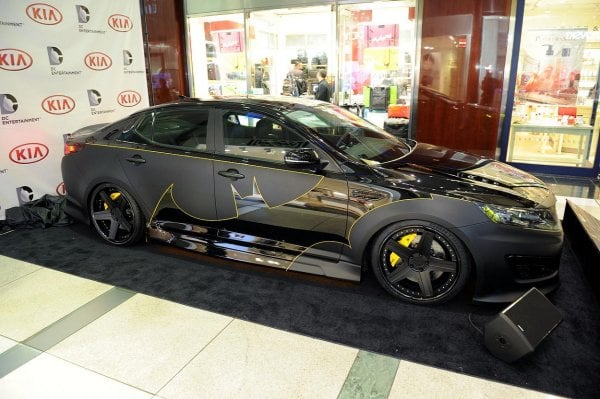 I’m not sure that Batman would ever buy a Kia, but I love what they have done with this car. It certainly looks great with the whole Batman theme – especially that grill.