Unless you have memory problems, I’ve never understood why someone would want to wear a camera or camcorder on their body to record whatever they’re doing all of the time. I’ve yet to see anybody that’s interesting enough for me to want to know what they’re doing every second of every day. If you are the sort who thinks you need to chronicle everything you do, a new camera has turned up on Kickstarter called the Memoto. 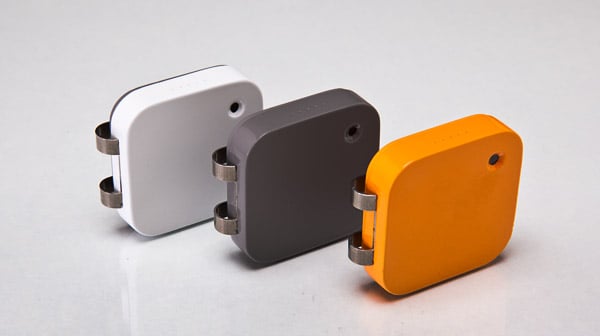 While its image capturing algorithm isn’t as sophisticated as the similar, but more expensive Autographer, this might be an interesting little wearable camera for use if you’re on vacation for instance. It’s very small and designed to be worn on the clothing, and takes a still photo automatically every 30 seconds. There are no controls or buttons to press – the camera does its thing with no input from the wearer. It automatically shuts off when you remove it or place it in your pocket.

The camera charges via USB and promises enough battery life and data storage for two days of use. When the camera is connected to a computer to charge up, the photographs are automatically uploaded to Memoto servers and organized using GPS information and time and date stamps for easy searching and cataloging. Companion web, iOS and Android apps provide easy access to your images.

The Memoto will retail for $279(USD), but early Kickstarter supporters can get one for as little as $199. The project is seeking $50,000 and has already raised nearly double that amount with over a month to go.