While many of us are used to Hugh Jackman’s big-screen version of Wolverine, comic book purists prefer the original version, complete with yellow body and pointy black ears. So here you go… 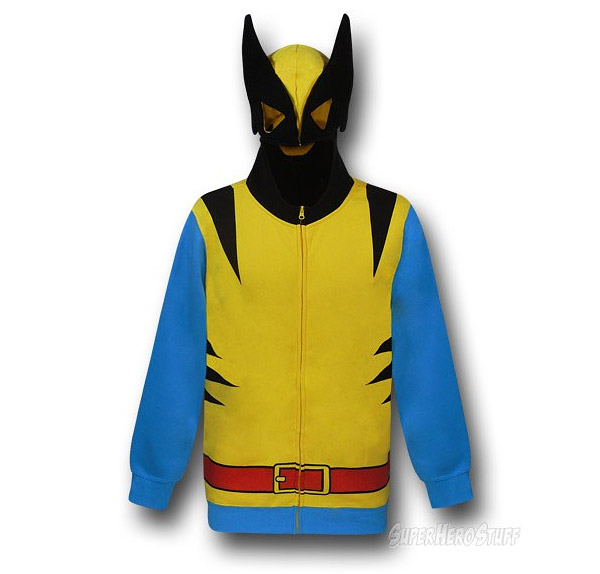 The Logan in this Wolverine Hoodie won’t be turning up in any Broadway (or network television) musicals, as it’s based on Len Wein and John Romita, Sr.’s classic yellow and blue Wolverine from the pages of the X-Men comics. The hood itself zips up to reveal only your beady little eyes and the most menacing grimace you can muster. 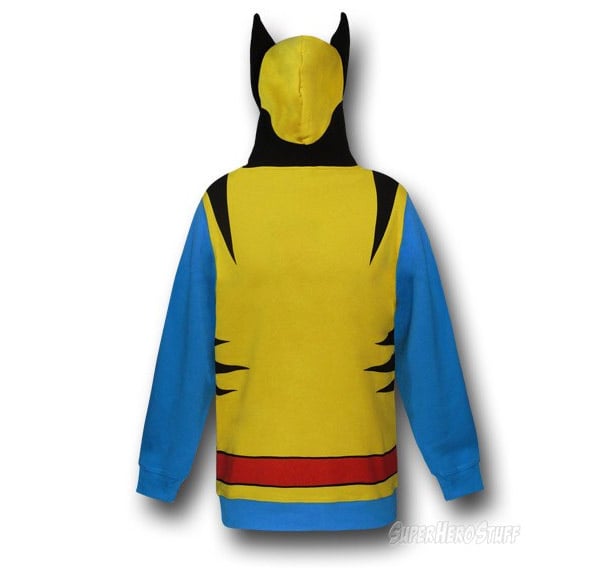 It sells for $57.99(USD) over at SuperHeroStuff and is available in Men’s sizes S-XXL. You might be down to the wire for a Halloween costume order, but SuperHeroStuff does ship within 1 business day, and offers express shipping for an added fee.

Oh, and if you do need those claws to go with, you can find plenty over on Amazon.