Do you know what it feels like to have an elevator fall apart while you’re in it? Nah, me neither. But these people did – and they lived to tell the stories of their harrowing experience.

Not that their lives were really at risk, because it was all part of an elaborate prank of sorts that LG pulled to show off the ultra-realistic images on their IPS flat-panel monitors. 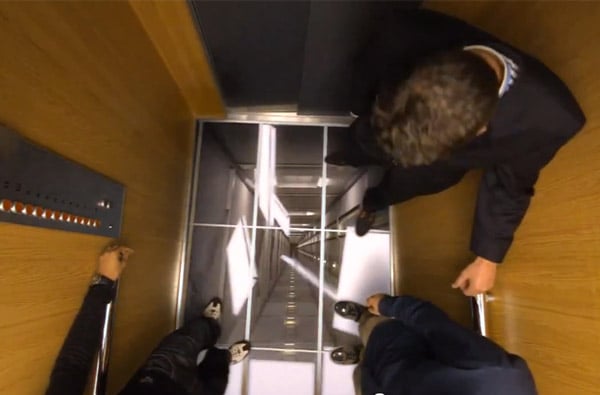 I would think that some people got pretty pissed after realizing the stunt that LG had pulled. What LG did was added a layer to the floor of the elevator, with  nine embedded monitors that looked like floor tiles. Once the elevator began moving, the video tiles would fall away to reveal an image of the elevator shaft.

And that’s when all the fun begins.

The effect looks so real, it’s scary. But for those of us who weren’t in that elevator, it’s freakin’ hilarious.

[via Geeky Gadgets via Dvice]