Sometimes it seems like gaming keyboards are a dime a dozen. They are all pretty much the same; you can count on anti-ghosting technology and backlighting along with the ability to record macros on many keyboards. Mad Catz has a new gaming keyboard called the S.T.R.I.K.E. 5 that’s welcomingly different. 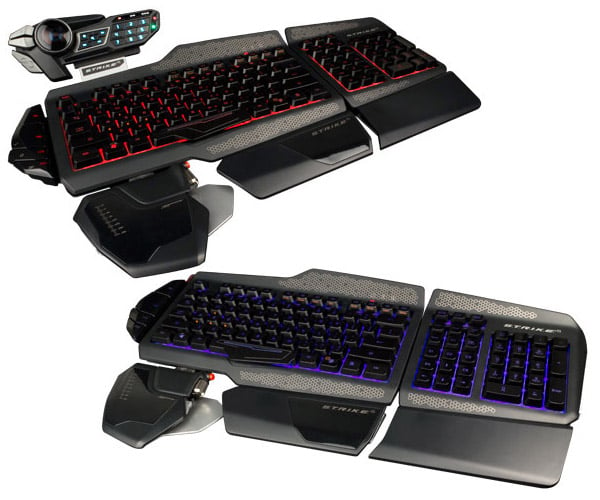 The keyboard has a modular design with five different components that can be assembled depending on your game playing desires. The central keyboard section has your tactile QWERTY layout and backlighting with 16 million colors to choose from. The number pad section of the keyboard is removable and has a number of macro keys that allow you to program multiple keystrokes to one key. It also comes with two lengths of cable allowing you to have it closer or further from the main section of the keyboard. 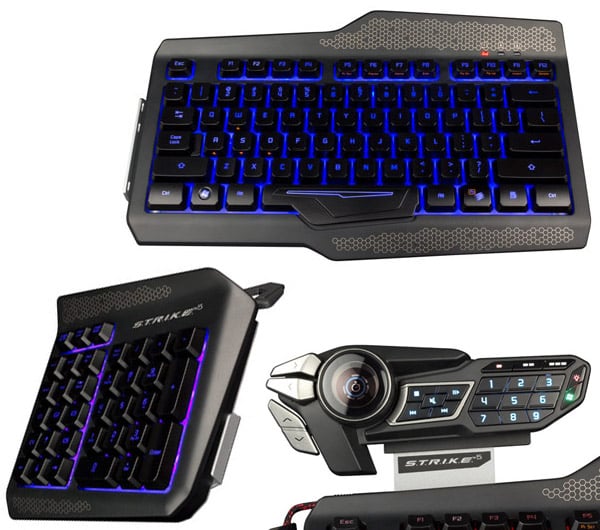 The keyboard also has a Control Module with a tiny OLED display and extra macro recording keys for shortcuts, as well as media controls. The S.T.R.I.K.E. 5 also has a three-part active palm rest and two wrist rests for comfortable use. The palm rest has its own thumb wheel and an action button giving even more control over your game.