I just bought a 27-inch iMac last year, and I really love it. In fact, it’s the best computer I’ve EVER owned, and I’ve owned a whole lot of computers over the years. Between its industrial design, fast processor, the staggeringly-sharp display, and Apple’s solid OS X operating system, it’s really a dream machine. Now, they to tempt us to get rid of our already awesome machines and upgrade them to the 2012 iMac, thanks to its even sexier new form factor. 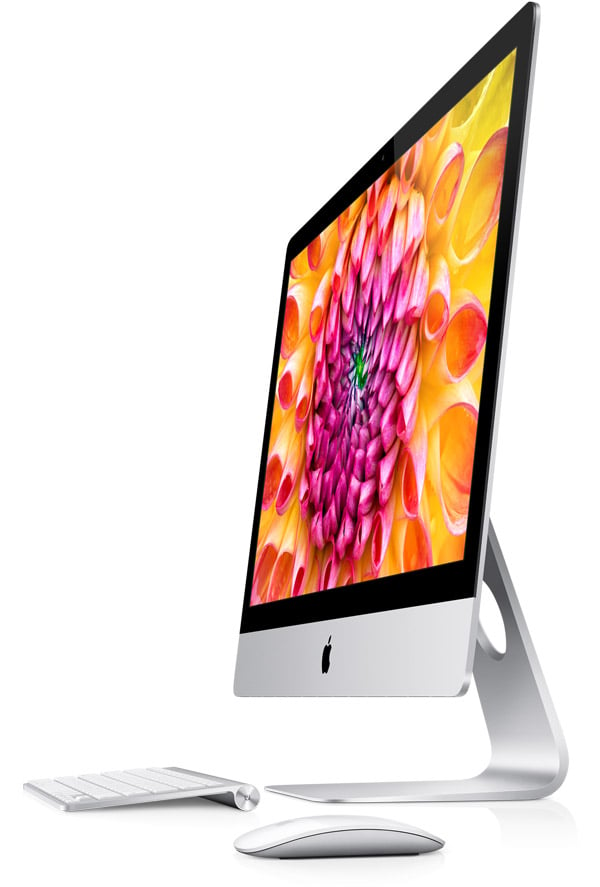 The new iMac doesn’t have a retina display or lots of new bells-and-whistles. In fact, it no longer has the DVD drive found in the 2011 and earlier models. But what it does have going for it is that it’s a sheer thing of beauty. With a new design that’s just 5 millimeters thick at the edges, and as much as 8 pounds lighter than the previous model, it’s a real marvel of modern engineering. 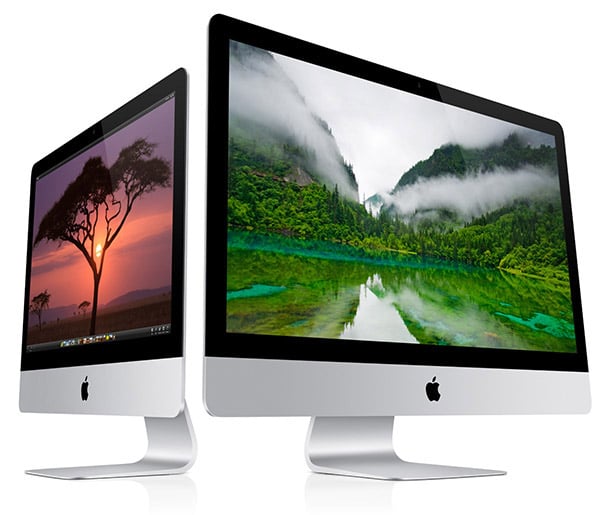 At first glance – especially from the side – you’ll ask where the heck they fit the computer in this thing. It’s really ALL display. And what a display it is. By redesigning the LED IPS display found in the current iMacs, the new screen manages to cut glare by as much as 75%. Plus, the thinner display offers more vibrant colors than the 2011 model. Plus, Apple is individually color-calibrating each iMac screen as it leaves the assembly line. As with the 2011 models, the displays come in 27-inch, 2560×1440 and 21.5-inch 1920×1080 flavors.

Apple also claims that despite the thin enclosure, that the new iMac’s sound quality is improved. It’s also got dual microphones and a 720p FaceTime HD camera for video chats. 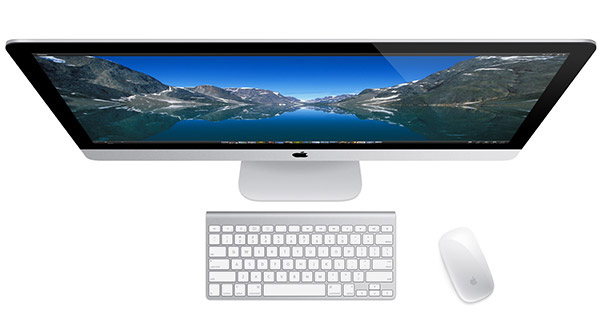 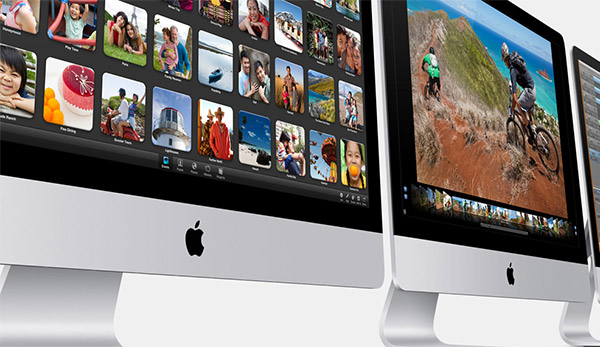 One cool new option available is a drive Apple is calling the Fusion Drive – a new hybrid that combines a 128GB solid state drive with a 1TB to 3TB hard drive – melded into a single volume. This should greatly improve performance of disk intensive apps, as well as system startup. That said, the standard hard drive comes in 1TB to 3TB sizes, and there’s also a (likely to be expensive) 768GB SSD option for the 27-inch model. 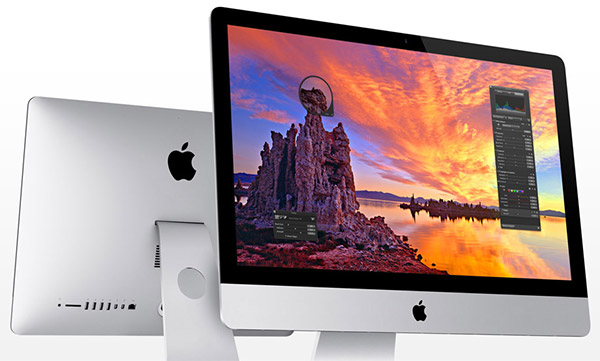 Both models come with 8GB 1600MHz DDR3 RAM standard, while the 21.5-inch model is expandable to 16GB RAM, while the 27-inch can accept up to 32GB. Wireless connectivity is provided via 802.11 a/b/g/n wi-fi and Bluetooth 4.0. Each system comes with four USB 3.0 ports, 2 Thunderpolt ports, Gigabit Ethernet, and an SDXC memory card slot (that’s been moved to the back of the display. There’s also still a Mini DisplayPort connector, but it’s not clear where they hid it from the picture below: 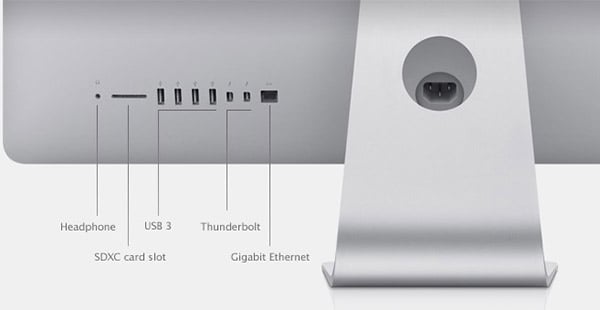 Exact release dates haven’t been announced, but the 21.5-inch model will start shipping this November, while the 27-inch model comes out in December. Both models will offer similar pricing to the 2011 line, with the 21.5-inch iMac starting at $1299(USD) and the 27-inch starting at $1799. Pricing for upgrades and options haven’t been announced yet.