We see interesting consumer electronics all the time, but we rarely get to see weird gadgets that people use for work – stuff like the HC1, a wearable computer by Motorola that looks as silly now as it did in 1992. But at least this one’s real and it sounds like a very practical device. 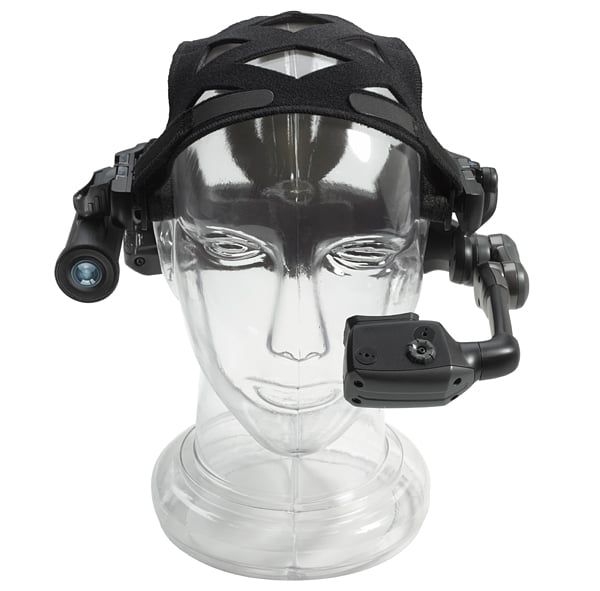 The HC1’s main component is a micro SVGA 800×600 display. As you can see it’s quite small, but it’ll appear to be a 15″ screen to the wearer. It has other optional components, such as a 2.0mp webcam and a headset. The user can control the HC1 via voice, gestures or using a Bluetooth device. All of those neat hardware and features are powered by a 800Mhz dual-core CPU and has 512MB RAM.

They should have hired Jean Claude Van Damme and Dolph Lundgren to demo the device. You can find out more about the HC1 from Motorola Solutions.