Children are masters at breaking toys. They also have a doctorate in getting themselves hurt. Kyosho’s remote-controlled helicopter mitigates both tendencies with one feature. The entire thing is inside a spherical plastic cage that protects both itself and the people it will inevitably hit. Better a slight bruise than a nasty cut. 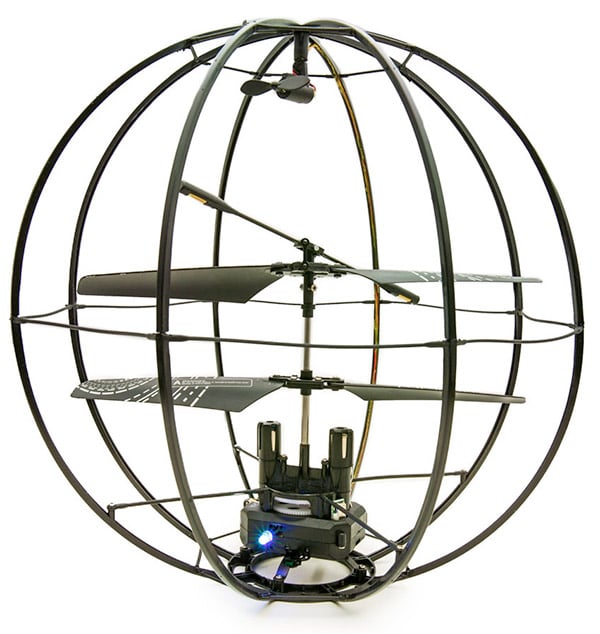 If the company’s name didn’t clue you in as to where this toy is from, its bonus feature will. It has an atomizer, so you can put perfume in it and spread the fragrance around. Because that’s what every toy helicopter has been missing all along.