A pregnant baby doll that has its own pregnant baby? This ‘toy’ would probably become every mothers’ worst nightmare, if it actually existed. Aside from that, the whole concept is just plain wrong and twisted.

Fortunately, it’s not really a toy. 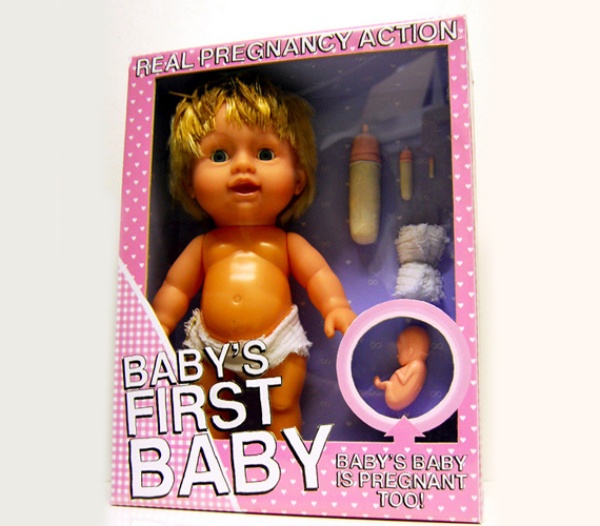 Rather, the ‘Baby’s First Baby’ doll is actually an art piece by Darren Cullen. With this project, he wanted to make a statement on teen pregnancies, consumerism, and how each gender is prepared for adulthood, by way of the toys that are being made for them. 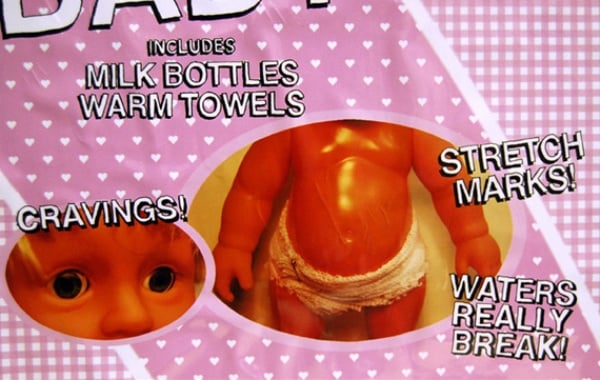 Stretch marks? Water that really breaks? Darren really didn’t hold anything back. Maybe that’s why a lot of people were outraged when they thought that this was actually a real doll. Then again, creating an actual listing for the doll on Etsy probably made a lot of people think that it was actually for sale.

The doll is going to be displayed at the Northern Gallery for Contemporary Art in Sunderland, UK from October 26 to January 12, 2013 as part of a group show called Moral Holiday.