Yes, everyone hates traffic cameras. They catch you rushing through the intersection when the light changes from yellow to red, and if you make a right turn on red when you aren’t supposed to. The worst part is not even realizing you triggered a traffic camera, and just getting that damned ticket in the mail with a photo of your car. People are always trying to come up with ways to defeat traffic cameras, but most of the methods are straight-up snake oil – or straight-up illegal. 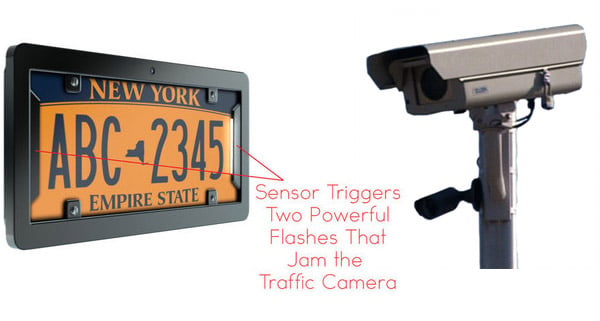 The guys over at noPhoto aim to defeat traffic cameras by developing a portable xenon strobe circuit that goes off the instant the traffic camera triggers, blinding it with a light source mounted on your vehicle. According to its developers, the noPhoto doesn’t violate any laws that prevent you from obscuring or obstructing your license plate – instead just overwhelming the camera’s sensor, and creating a useless, overexposed image.

Sure, the whole idea is borderline illegal, but it’s still kind of cool to know that it can be done – and doesn’t everyone want to stick it to those damned traffic cameras? If you’re interested in exercising your right (or not) to have a flashing strobe mounted on your license plate frame, head on over to IndieGogo and show your support for the noPhoto project. A pledge of at least $285(USD) will get you in on the action.