Have you ever wanted to communicate with Jabba the Hutt in his own native language? Maybe send a message saying that you have captured and cryogenically-frozen Han Solo and are transporting him now? Well, here is the gadget for you. 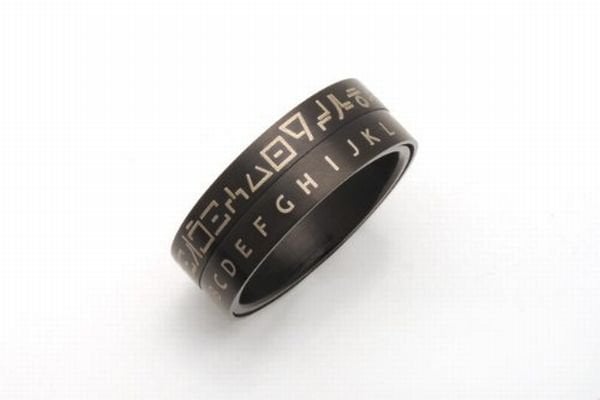 This stylish Huttese decoder ring is only $13.99(USD), and for that price you can now communicate effectively with the Hutts and maybe even be a part of their galactic crime empire. With this ring you can rise through their ranks, becoming a big time player. Hopefully it won’t end with you sleeping with the Banthas. (No fishes on Tatooine.)

I’m gonna get one so that I can finally understand that 900 page Huttese epic I can never get through. It should only take a few years to translate it.