With the 2012 holiday shopping season quickly approaching, more and more fancy high-tech gadgets are making their way to market in time for gift giving. With the popularity of Apple’s iPad line, it’s not surprising that Google has just outed another new tablet – aimed squarely at the 3rd and 4th generation iPad. The new Google Nexus 10 certainly has the hardware specs to compete, but will it finally help Android make a dent in Apple’s iOS tablet juggernaut and to keep Microsoft from gaining the #2 position with it’s Surface tablet? 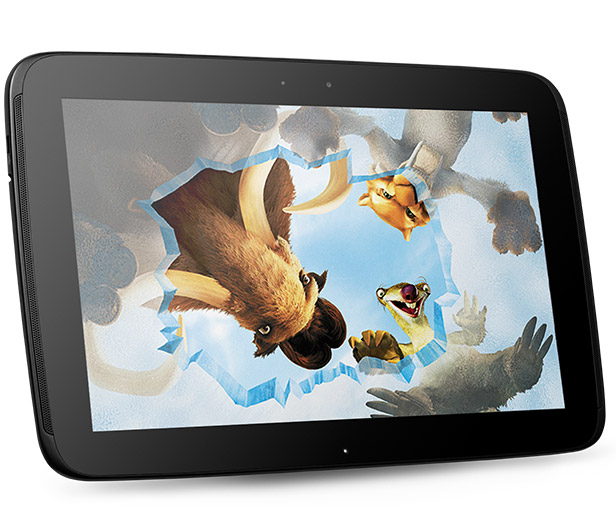 The Nexus 10 is manufactured by Samsung, and has a substantial 10-inch multitouch display with an astoundingly sharp 300 pixel-per-inch 2560×1600 resolution (that’s even more dots than the top-of-the-line iPad).  The tablet measures just 8.9mm thick, and weighs in at 603 grams, both specs ever-so-slightly besting  the iPad as well. Under the hood, the Nexus 10 has a powerful dual-core A15 CPU and a Mali T640 GPU, 2GB of RAM and either 16GB or 32GB of storage for apps and media. 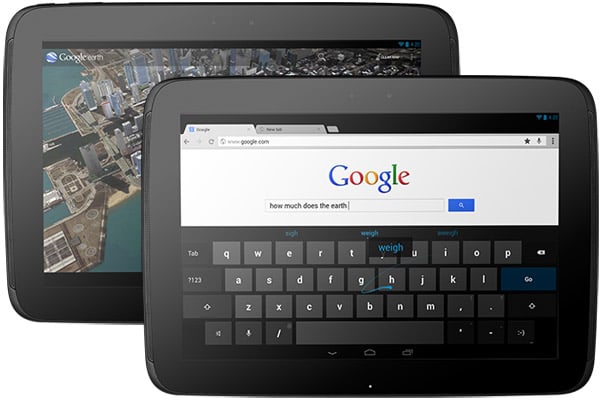 It’s also been enhanced with MIMO Wi-Fi connectivity for much-improved internet surfing speeds, with Google claiming up to a 4x speed improvement over standard wireless connections. Absent is a 3G or 4G option, but that also helps keep total cost of ownership way down. It’s got a 5mp rear camera, and a 1mp front-facing camera for chat sessions.  Of course, it’s got all the other modern tablet features including an accelerometer, compass, gyroscope, ambient light sensor and GPS. They even threw in a barometer for good measure. Power is supplied by a massive 9000mA Li-po battery pack, and the tablet has both Micro USB and Micro HDMI outputs.