Have a Happy Hobbit (and Prank-Filled) Halloween!

When The Lord of the Rings trilogy ended, I cried. Not because it was such an awesome ending, but because I no longer had any movies to look forward to – until The Hobbit was announced, that is.

A lot of folks are excited for the movie, and it shows. Heck, some of them even went to great lengths to come up with this video featuring everyone’s four favorite hobbits (that’s Sam, Frodo, Merry, and Pippin) in a Halloween adventure of their own. 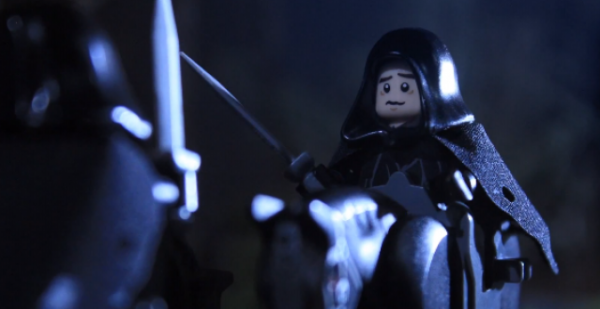 The coolest part? The entire gang’s made up of LEGO.

In the video, Merry and Pippin are their usual naughty selves when they decide to pull a prank on Sam and Frodo. They dress up as the creepy Nazgul and manage to scare their friends off – until they find themselves face to face with Aragorn.

The mischievous duo find themselves the victim of their own prank later on when a surprise guest joins them later towards the end. I leave it up to you to find out who that ‘guest’ is, which you can easily do so by checking out the video below:

Have a Happy Hobbit Halloween!