Livescribe is a been around for a while and can take your handwritten notes and allow you to transfer them to computer as digital files. One limitation up until now is that you had to connect the pen to your computer using a cable to upload stored notes. Livescribe has a new product called the Sky that has integrated Wi-Fi. 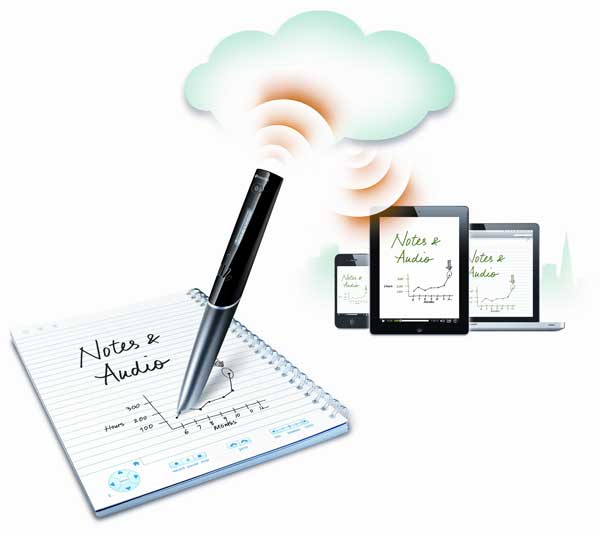 The new device said to be the first digital pen to integrate Wi-Fi technology and cloud services. Using the Sky and, users can take handwritten notes and then have those notes automatically uploaded to a Evernote account. The notes can be searched based on keywords and other parameters and can be shared with others.