Well, Halloween is upon us yet again, and my favorite costume of the year has just dropped onto my desktop. What you’re looking at here is an awesome build of the power loader from Aliens, piloted not by Ripley, but by an actual baby. 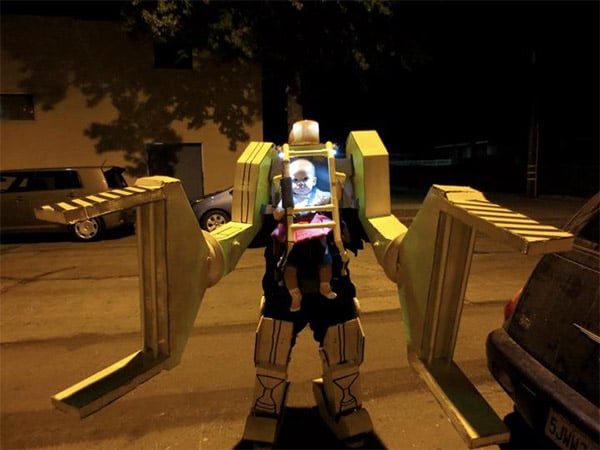 Yes. It’s just that great. The costume was posted by Redditor rdt156, and apparently his friend Jason Smith built it to seat not just his daughter, but he’s hiding in there somewhere himself.

Now all he needs to do is have his wife dress up as the Alien Queen, and the costume would be truly complete.