About a week and a half ago we talked about the official unveiling of the awesome new GoPro HERO3 action camera. The camera was up for pre-order when we mentioned it last time with an estimated ship date to be somewhere around the middle of November. GoPro has now announced that the camera was now officially available for purchase in its three main versions. 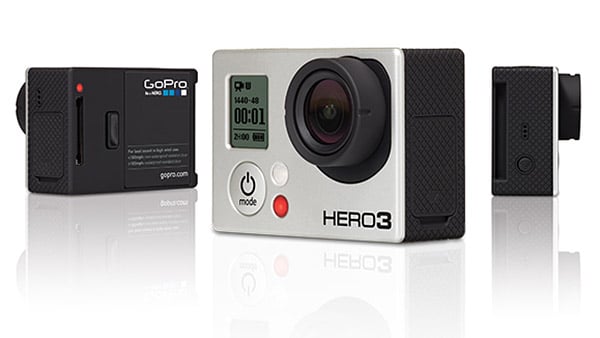 The HERO3: Silver Edition is available right now and has all the same features as the HD HERO2 it replaces – and more – including 11 megapixel still photo capability, up to 1080p HD resolution video, and adds integrated Wi-Fi. This camera sells for $299.99. The HERO3: White Edition offers five-megapixel picture resolution, up to full HD video recording, and has integrated Wi-Fi for $199.99. This camera is a direct replacement of the original HD Hero. As with all GoPro cameras, there is a vast array of mounts available to suit just about every recording need. 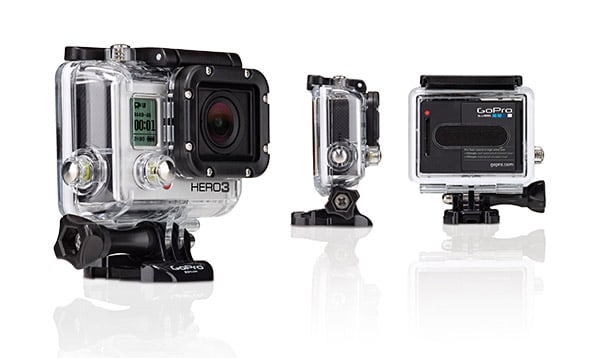 The top-of-the-line HERO3: Black Edition ships starting on November 14th for $399.99(USD) and includes the Wi-Fi Remote accessory that normally sells for $79.99. That remote accessory allows you to turn on the camera and start recording even if the camera located too far away from you to reach physically. That is a big deal if you use one of these cameras for motorsports where deeply bolstered seats and racing harnesses make movement very difficult within the vehicle. The HERO3’s resolution is pretty incredible, with full 1080p/60 and even a 4k mode (only 15fps, though.)