I’ve been taking some time away from my Gmail box recently to test drive the newly launched Microsoft Outlook.com, and now that I’ve had the chance to really use it, I have to say that I’m tempted to switch.For starters, the new Outlook.com is a pleasure to look at – it’s clean, minimal and focused just on the task at hand, borrowing design cues from Microsoft Windows 8 and Windows Phone’s UIs. Menus appear only when needed, and are contextual to the task you’re performing. Plus, the increased white space makes it easy to use on tablets and other touch-based displays. It’s also extremely fast to mark, categorize or delete emails, providing a single-click contextual menu for managing messages directly from your inbox. 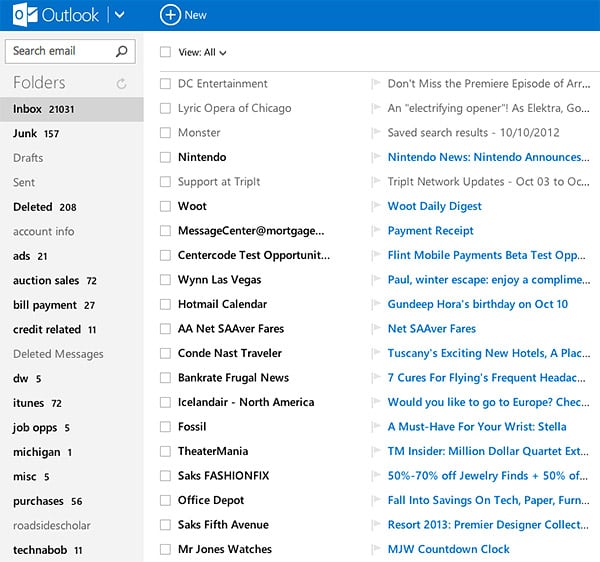 You’ll also notice that there aren’t a bunch of display ads cluttering up the interface – a welcome change for the place where you came to get work done. Plus, Microsoft is adamant that they won’t be reading your email content to determine ad targeting – a big win for those of you concerned about privacy. 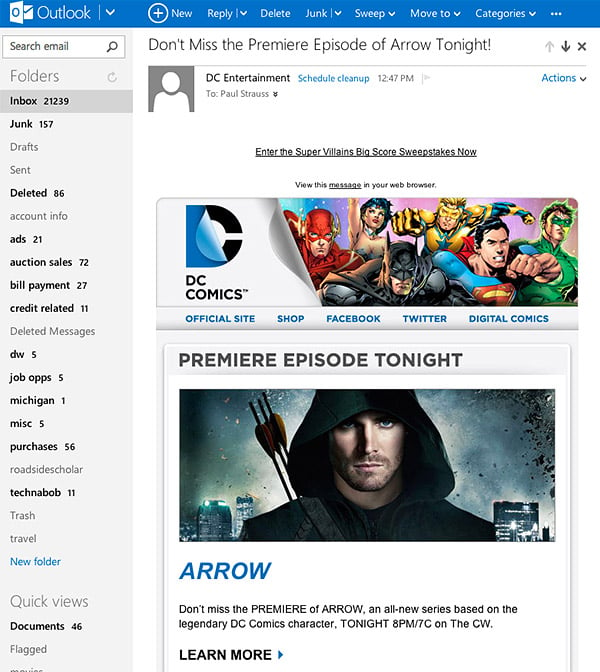 For those of you familiar with Microsoft’s last redesign of Hotmail, you’ll notice that some of the best features from that revamp made their way to Outlook.com, including the Sweep and Scheduled Cleanup features for managing so-called “Graymail” – the stuff that’s not spam, but not as critical as personal and business correspondence. These tools make for quick work of regular e-mail subscriptions, allowing you to do things like keep only the latest message from a particular sender, or to automatically clean up messages as they age. This is perfect for managing daily mailings from sites like Groupon and other regular newsletters. 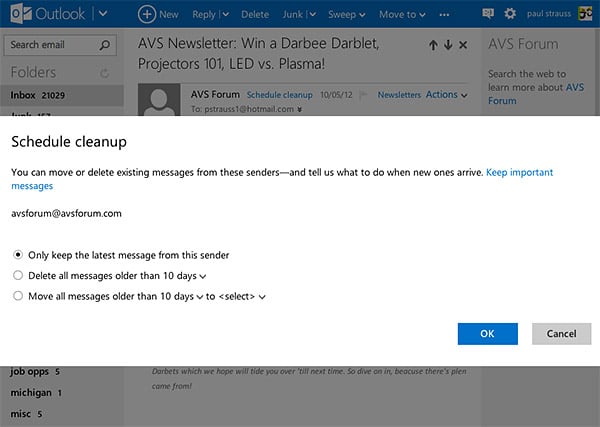 I also like the handy “Quick Views” feature, which lets you instantly bounce to not just folders of documents, but to E-mails containing photos, videos, or document attachments. Another cool feature is the integration with social networks – including Facebook, Twitter and LinkedIn, for starters. This integration provides you with a unified address book that works across platforms, and augments your conversations with postings from your friends social media accounts. It’ll even automatically bring in birthday notifications from Facebook. 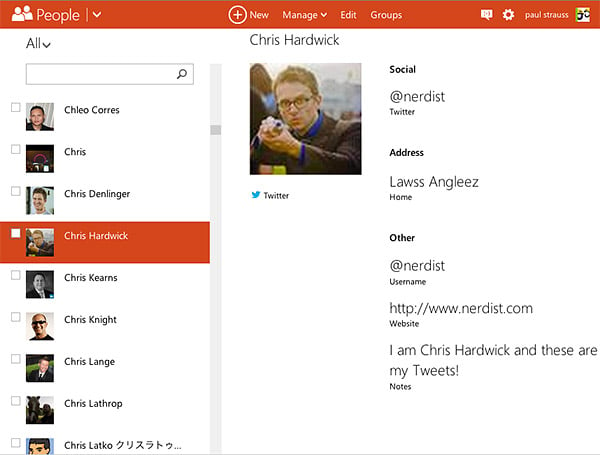 Microsoft has also integrated SkyDrive into Outlook.com – providing 7GB of free storage with each account. This integration makes it easy to include large images or media files (up to 300MB) with your emails without having to send them as attachments. These media files remain stored in the cloud, where your email recipients can view them without having to deal with large, box-cluttering attachments. 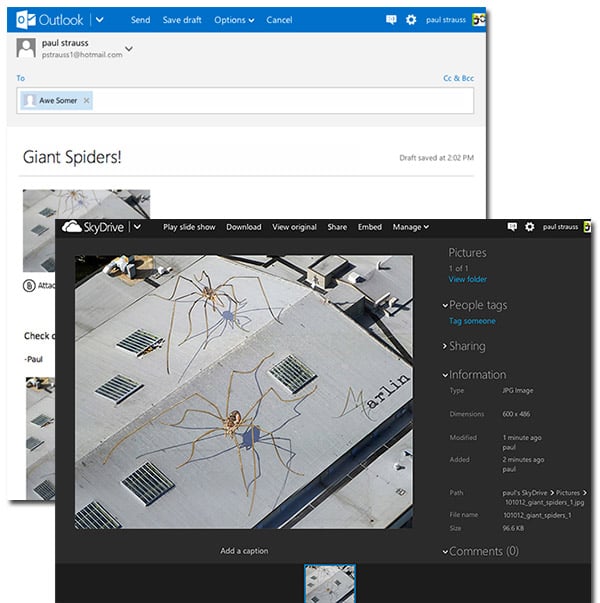 Last, but not least, Outlook.com has been integrated with Microsoft Office Web Apps – which lets you open, edit and share Word, Excel and PowerPoint files around the globe – for free.

Outlook.com is still officially in “preview” as Microsoft continues to add to the service – perhaps its biggest upcoming feature being deep integration of Skype, which Microsoft acquired in 2011. If you’re a Gmail addict, Microsoft is even making it easy for you to switch, providing tools to import contacts and even a mode which mimics Gmail’s keyboard shortcuts. Of course, since the service is totally free, I suggest you sign up and give it a try for yourself – there’s really nothing to lose – and you might actually like it better than the email service you’re already using.

Outlook.com is a preview of modern email from Microsoft. It has a fresh and intuitive design, connects your email to useful information from Facebook and Twitter, and gives you a smarter inbox with the power of Office and SkyDrive. Visit Outlookpreview.com to learn more and connect with us at @Outlook on Twitter.

Disclosure of Material Connection: This is a “sponsored post.” Technabob received compensation for writing it, however, we only recommend products or services we have used personally, and believe will be good for our readers.