If you’ve ever played XCOM: Enemy Unknown, you’ll be familiar with the Battle Scanner, a gadget used by the game’s sniper class. The Battle Scanner provides visibility to an area covered by fog-of-war. A new company is currently working on a real world equivalent of that device. And not just because the Sniper won’t share his toy with the rest of us. 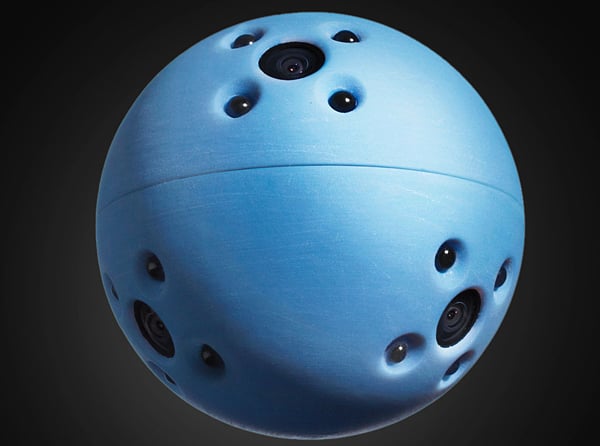 The yet unnamed device is being developed by Bounce Imaging. The device will have six cameras that can take two pictures per second, which will then be stitched together to provide a 360º degree of its surroundings. It will also have infrared LEDs to help it take pictures in low light. The ball will send the 360º view to a mobile device so the user can scout and plan in safety. Aside from the cameras, the ball could also contain various sensors, such as ones that analyze temperature, chemicals or radiation.

As with the Battle Scanner, this concept device will be extremely useful in combat situations. But Francisco Aguilar, the founder of Bounce Imaging, was actually compelled to start his company after the earthquake in Haiti back in 2010, where his concept device could have helped find survivors. Aguilar says the device will be tested by SWAT teams and Massachusetts police in January 2013 and could have a retail price as low as just $500 (USD).