They gang over at iFixit has been very busy of late tearing apart new gadgets. Recently, they tore apart a new iPad mini and a Microsoft Surface tablet to see what’s on the inside. The latest device to get the teardown treatment is the newest iPad 4 that debuted with the iPad mini. 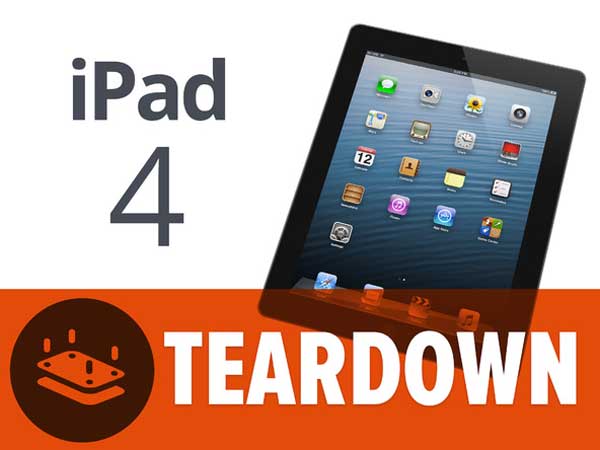 As expected, the tablet has a dual-core A6X processor with a quad-core GPU. It uses a 9.7-inch LCD with a resolution of 2048 x 1536. It comes with 16 GB, 32 GB, or 64 GB of storage and has a five-megapixel rear camera. One major difference between the latest generation of the iPad in the iPad 3 from seven months ago is the smaller Lightning connector on the new tablet. 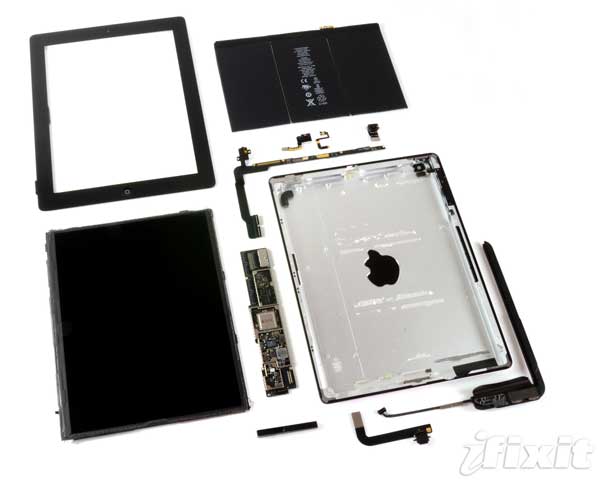 The teardown also confirms that LG is manufacturing the display for the latest generation iPad, at least in the one torn down here. Apple is known to use multiple display providers to meet demand. The battery is the same unit in the new iPad as it was in the previous version. Overall, iFixit says the new iPad 4 isn’t any more repairable than the previous model, receiving only 2 out of 10 score – with 10 being the easiest to repair.