We followed the final trek of Space Shuttle Endeavour closely. Endeavour was given to the California Science Center and its last 12 miles required numerous trees to be cut down and involved using a pickup truck to tow the massive shuttle down public roadways. The final 10-mile journey for Space Shuttle Atlantis promises to be much less interesting. 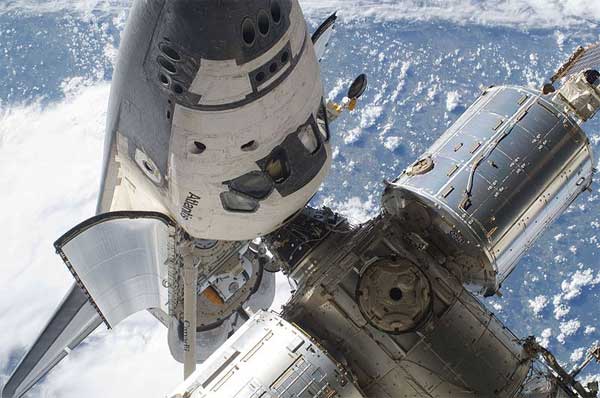 Atlantis is the last of the Space Shuttles to hit the road and head to its final home. The gigantic spacecraft will be towed down broad industrial avenues, many of them not even open to the public. The 10-mile journey will include travel through the Kennedy Space Center. Atlantis will move at only 2 mph during its journey perched atop a 76-wheel platform.

The man charged with delivering Atlantis is understandably nervous about the 10-mile drive:

“It’s only a priceless artifact driving 9.8 miles and it weighs 164,000 pounds,” said Tim Macy, director of project development and construction for Kennedy’s visitor complex operator Delaware North Cos. “Other than that, no pressure at all,” Macy said. “Only the eyes of the country and the world and everybody at NASA is watching us. But we don’t feel any pressure.” He paused. “Of course, we feel pressure!”

People wanting to see the shuttle up close and personal can purchase tickets costing as much as $90 each.