I think it’s safe to say everyone knows William Shatner, whether it’s from Star Trek, T.J. Hooker,  various TV commercials, or Psych. Shat is particularly well known for his “larger than life” acting style and being a generally over-the-top guy. Shatner is also apparently really into spoken-word poetry and has a new app called Shatoetry. 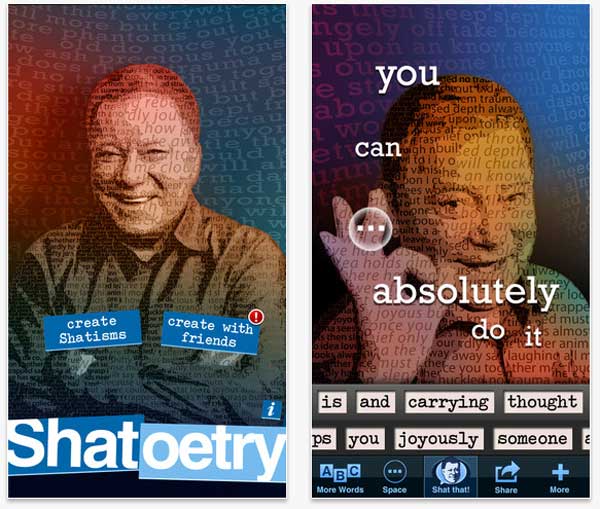 The app has a bunch of different words recorded in Shatner’s distinctive voice that you can piece together to make your own poetry or Shatisms. Think Magnetic Poetry, but with Captain Kirk. The app supports multiple users allowing two users to work together to create their own ridiculous spoken word poems too. Once you create your own Shatoetry, you can share with friends.

The app promises updates with special word packs for holidays and other special occasions. The app is available right now for iOS  for $2.99(USD) on the App Store. If you’re willing to throw away your three bucks to try this app out, be sure and let us know if it’s a piece of Shat.