Now that Disney has purchased Lucasfilm, you might be wondering what sort of stuff we might expect from this $4 billion marriage. While there’s word of Episode VII (and possibly VIII and IX) finally going into production, there are also some less-than-exciting possibilities – like these reimagined, Disnified versions of Star Wars characters by illustrator John Martz. 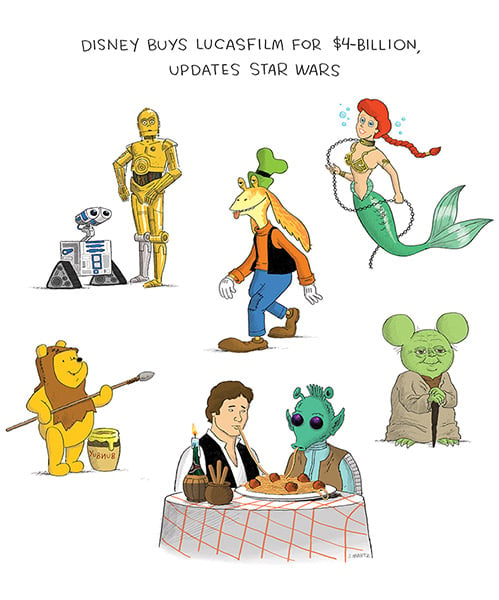 Though I do think the R2-D2/Wall-E and Ewok/Poo concepts could actually be improvements upon the original characters, I’m not too keen on Yoda with Mickey Mouse ears, or Slave Ariel.

Oh, and I know you’re thinking it. Han slurped first.

[via The Globe & Mail via Laughing Squid]