It doesn’t matter what brand or model of smartphone you use; odds are the battery won’t last as long as you want it to. If you are using a smartphone on a 4G network, the battery may not last long at all. Mophie has been around for a long time making battery cases for smartphones to extend the run time of your device. The company’s latest offering is one of its Juice Pack smartphone cases for the Samsung Galaxy S III. 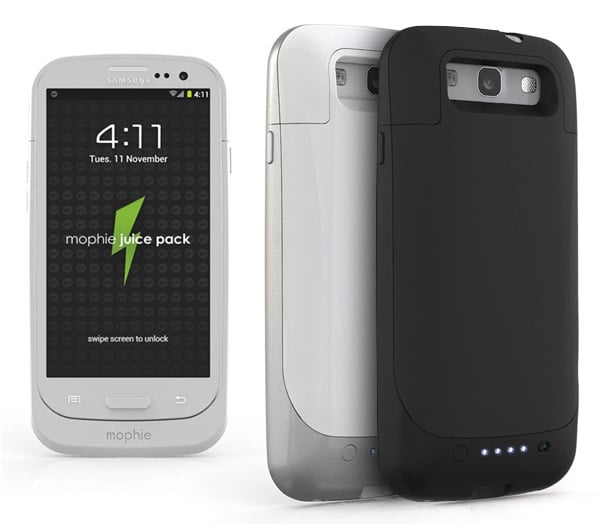 The battery inside the case is 2300 mAh and promises to roughly double the run time of your S III. Mophie claims that the phone will get an additional nine hours of talk time, eleven hours of Internet use, or an additional eight hours of video playback.

It also has a USB pass-through that allows the user to charge and sync the phone without removing it from the case. The battery inside the case can be turned off using a toggle switch, and it has LED indicators to show how much power remains. Those indicators can also show how much time is left when charging the case’s battery.

The case is available right now for $99.95(USD) in white with a black version coming later this month.