100+ Years of National Geographic Fits on a Pocket Hard Drive

I firmly believe in digital formats, and as such, I actually haven’t had a TV in a decade. I’ve had plenty of high-resolution computer monitors though, and I guess they will be great to read all of the National Geographic issues that have been printed from 1888 through 2009. 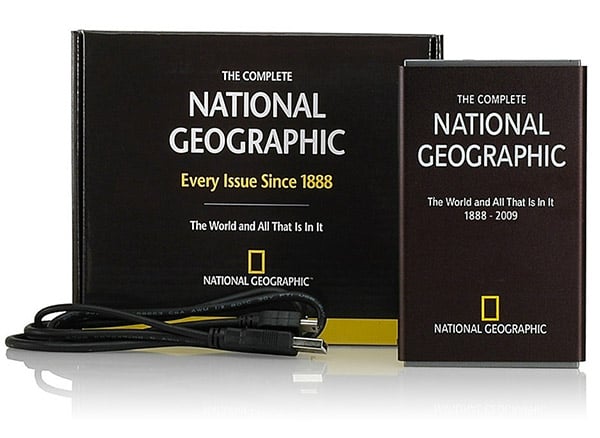 That’s over 120 years of magazines on a 160 GB drive. Now that’s efficient, because I can’t see anyone dragging crates and crates of print magazines anywhere these days. The scans even include the ads. That must be interesting as well, especially if you go back to the early years. There’s a bonus DVD with some guides, and how the issues were created.

That HD doesn’t come cheap though. You’ll have to spend $199.95 at the National Geographic store in order to get it with all of the goodies. There’s also no word on when it will be updated to include content from the last three years.