If you’re waiting for me to say something about “This is the scooter you’re looking for,” don’t. I’m doing my darnedest not to use that overused droid meme ever again.

This R2-D2 Vespa scooter was made by Geekologie reader Morgan, and it’s every bit as awesome as a scooter can get. Though I doubt the headlight can project a hologram of a princess in need. But that’d be pretty cool if it did. 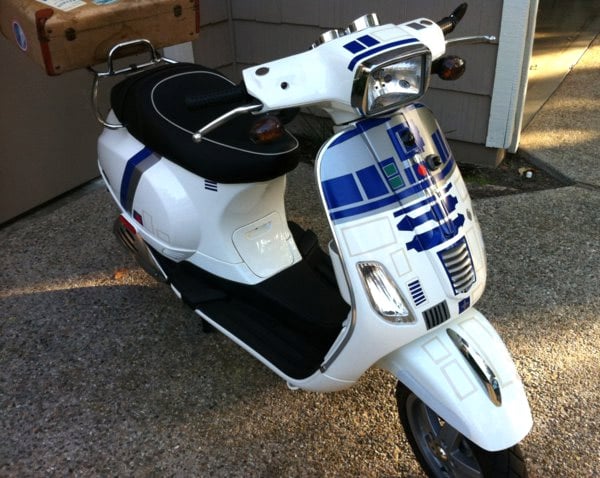 The fifth grade teacher/Star Wars fan says he put together the bike using “adhesive vinyl, some meticulous cutting and a 12-pack of beer.” I’m not sure where the beer went, since I thought that Bender was the only robot who had a drinking problem. Beyond the R2-D2 styling, my favorite touch is the suitcase on back, covered with travel stickers from a galaxy far, far away. 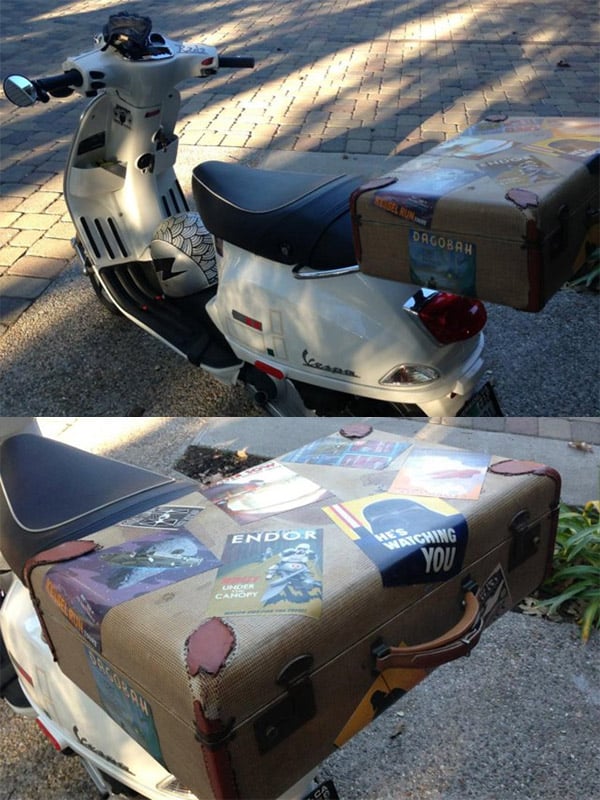