Bluetooth speakers are getting quite common, but it’s only when you use one yourself that you realize how useful they can be, especially if they are multi-functional. The Braven 625s is the company’s rugged version, and I decided that it should be able to survive my backpack, so when I was offered a choice for a model to review, I decided on this one. 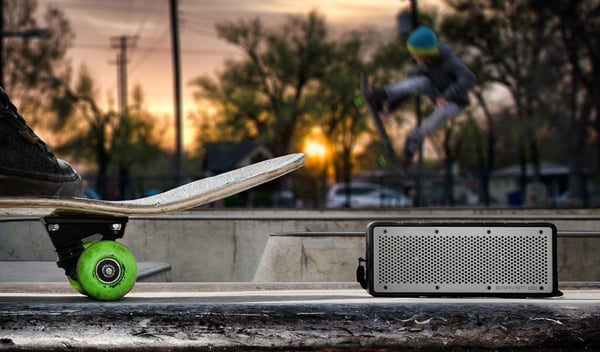 First of all, the box it came in was frustratingly hard to open, even with the instructions on how to open it. This is the first mistake. Why do you need instructions on how to open a box? Anyway, after about 5 minutes of grunting, I was finally able to open it up, though not before I thought about taking some power tools to it. The speaker is nicely made, but immediately I noticed something odd. There was a rattling coming from inside the device. It sounded like a screw had come loose. It hasn’t hampered the device’s functions, but if I had paid for this unit, I would have immediately returned it. 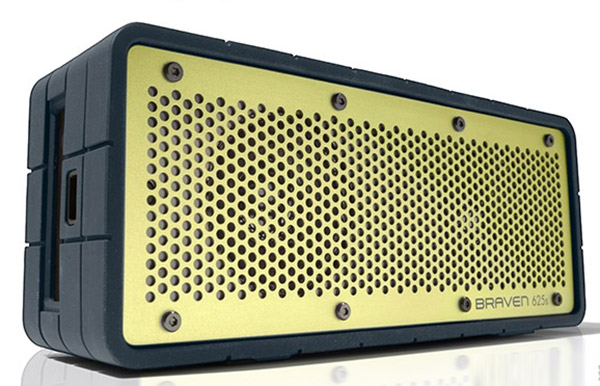 The speaker itself is easy to set up, but the myriad of buttons located on both sides make it a bit counterintuitive. You need to switch it on and press the phone button to pair it with your device.

Once it’s paired, it takes but a couple of seconds for the speaker to recognize your device. Once connected, the sound is surprisingly good, especially for a small portable speaker. There is even a bit of bass coming out of the back, and the dual 3-watt-per-channel drivers provide ample sound. 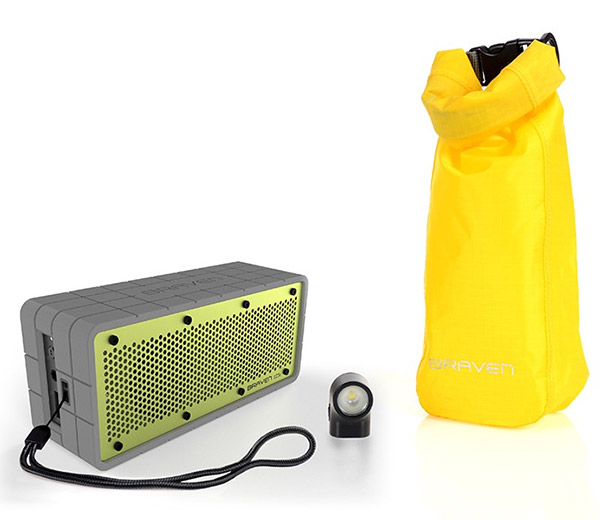 What makes this speaker different from some of the other ones that I’ve seen is that it comes with some interesting add-ons. It can function as an external battery, and while it won’t charge your iPad, it will provide emergency charging for your iPhone. The 1700 mAh battery will charge up most smaller devices and it’s a nice option to have if you lug it around. The battery is supposed to deliver 16 hours of autonomy. It’s close to this number, but if you use it to charge up your devices, you’ll use it up your juice a lot quicker. There’s also a USB light attachment that will turn the speaker into a (rather bulky) flashlight. It definitely comes in handy if you use your speaker in the dark. The whole thing comes in a water-resistant bag, and includes a 40″ long USB-to micro-USB cable for charging and a 3.5mm cable for connecting audio devices without Bluetooth.

Ultimately, I like this little speaker. For its sound quality, it’s not that expensive; it functions well and the additional features make it somewhat unique. What I didn’t like was the box it came in. No device should be this difficult to get out of a plastic box. Also, the rattling is disturbing. I’m hoping that this was a fault of the single device that I tried, but it does speak to quality control.