Higgs Boson Watch Puts the God Particle on Your Wrist

While you might think you need to be a physicist with a particle accelerator to experience the elusive Higgs Boson particle, you’re right. But if you’d like to pay tribute to the recent accomplishments of the CMS and ATLAS teams at the Large Hadron Collider, then grab this watch. 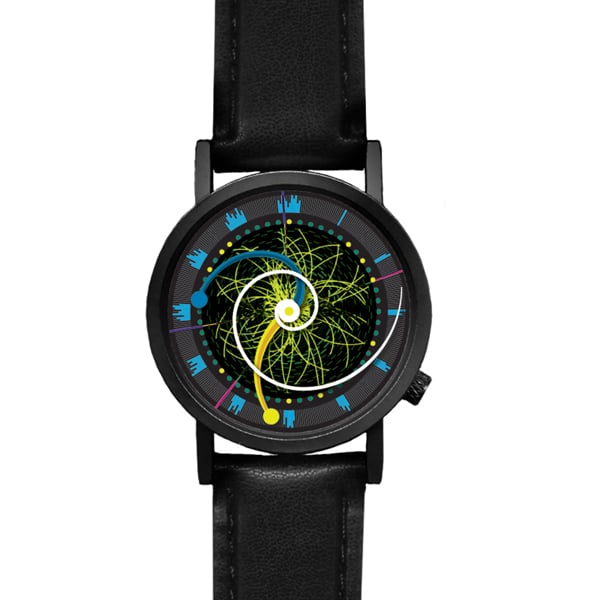 The ultimate in geeky timepieces, the Higgs Boson watch displays a spiraling display which is supposed to represent the so-called “God Particle,” without which, not a single atom would hold together in the universe, and we wouldn’t exist. While I’m not sure how accurate the design is, it can definitely tell time.

Best of all, this thing will cost you way less than building your own backyard particle accelerator. It’s just $39.95(USD) over at Gadgets & Gear. Nobel Prize sold separately.